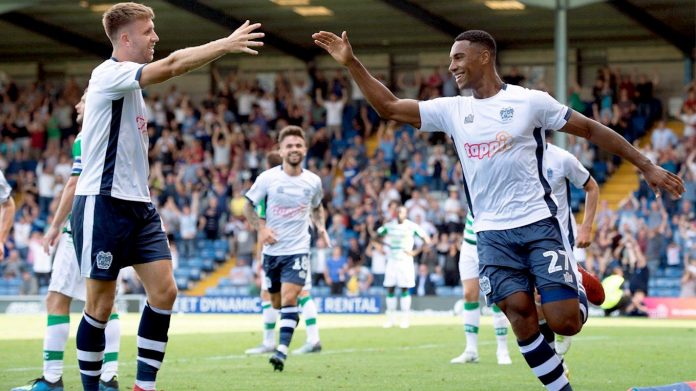 The EFL season began at the weekend and it was a good start for nearly all the clubs in our region.

Wigan marked their return to the Championship with a 3-2 win over Sheffield Wednesday.It was their first win at home on opening day  since 1999/00 season.A Michael Jacobs brace and a finish from Nick Powell secure the points for the Latics.

“We’re absolutely delighted. We knew it was going to be a tough test today with the talent that West Brom have got and people didn’t really give us much chance.We secretly believed that if we played our best and backed up the Peterborough win last week, then we’d have an opportunity today to get something out of the game.”

Debut goals from Josh Magennis and Yanic Wildschut sealed the win.Magennis put his side in front with a headed goal before the hosts got back into the game on the cusp of half-time thanks to Harvey Barnes.

But a late winner from substitute Wildchut silenced The Hawthorns to get Wanderers Sky Bet Championship campaign up and running.

In League One Rochdale got their season up and running,Bradden Inman’s brace secured a 2-1 opening day victory over Burton Albion at the Pirelli Stadium.

Inman opened the scoring after ten minutes, latching on to Aaron Wilbraham’s knock down and finishing superbly, before doubling his tally and the lead 12 minutes later.

The hosts fought back in the second-half and got themselves back into it through Liam Boyce’s close range finish, but Dale held on for all three points.

Bury began life in Division Two with a win thanks to a dramatic late header from second half substitute Gold Omotayo, as the Shakers beat 9-man Yeovil Town 1-0 at The Energy Check Stadium at Gigg Lane.

Oldham Athletic manager Frankie Bunn was full of praise for the crowd at Boundary Park after the season opener with MK Dons which saw a defeat for the home side,Two first half goals from Kieran Agard and Ryan Harley were enough for the visitors despite Dan Gardner pulling one back for Latics.