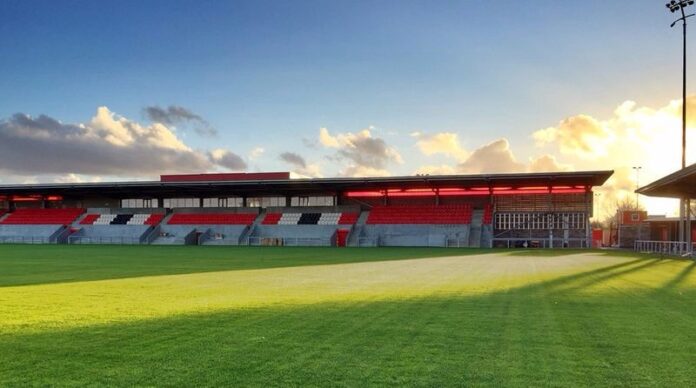 FC United of Manchester have joined forces with fellow Northern Premier League clubs Scarborough Athletic, and South Shields in writing to the Government warning that they face financial ruin if urgent measures are not taken.

They are permitted limited crowds of up to 600.However FC United can typically expect 1,600.

In a letter addressed to Department for Digital, Culture, Media, and Sport (DCMS) secretary of state Oliver Dowden the clubs said they felt “abandoned” and faced “ruin”.
“We understand that we are only a handful of clubs who have slipped between the cracks of elite and grassroots, but we feel abandoned. We are haemorrhaging more in lost gate receipts, through no fault of our own, than 30 National League clubs who will all receive financial assistance.
“We are facing ruin for having business models that rely on high supporter engagement, something which prior to Covid had always been regarded as the way clubs should be run. We would ask you to consider that we are good, sustainable clubs in greater difficulty than many National League clubs. Our clubs matter to us, they matter to our supporters, and they matter to our local communities.”

The clubs say the situation is unsustainable and that some local authorities are imposing further measures which go beyond those set out by the DCMS.

Premier League to ban racist abusers from all grounds