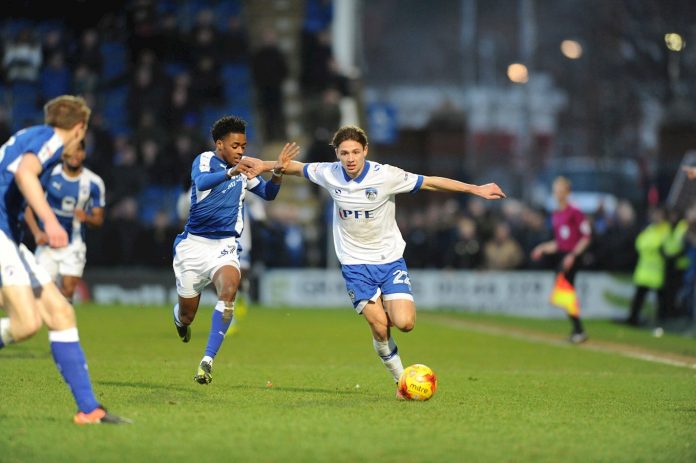 Hunt, who spent time on loan with Latics last season, joins the club on a three-year deal.

The 21-year-old joined on loan in January and made his debut against Bradford City coming on as a 84th minute substitute before making his first start in the 0-1 win over Chesterfield.

The youngster went on to make 10 appearances under John Sheridan last season before a groin injury ruled him out for the season.

Hunt has now penned a long-term deal with the club with the terms of the deal undisclosed.

Chief Executive Mark Moisley has described the signing of Rob Hunt as “terrific.”

Hunt joins the club from Brighton and Hove Albion on a three-year contract after a loan spell at the club last season.

He played 10 times for John Sheridan’s side, before a groin injury ruled him out for the season.

“We hope the fans will be as excited as we are that we have managed to sign such a quality young player,” said Moisley.

“His performances last season for us prior to his injury showed the talent he has and what he can bring to the team.We have worked hard on the deal with Brighton, helped by the fact that Rob was so keen to rejoin us, and we are delighted to have secured him on a permanent deal.

“This is a key signing for us and adds to the positivity around the club heading towards the new season.We now have the manager and  a number of players in the squad tied into long term contracts which can only be of benefit to the club moving forward.”