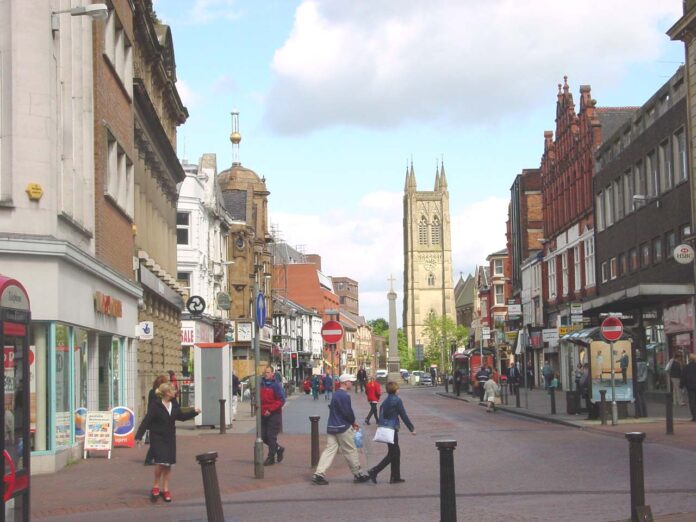 Police have arrested a 40 year old man in connection with the attempted rape of a woman in Bolton earlier this morning.

Thw woman – aged in her 20s – was walking along Churchgate when she was approached from behind by a man with a knife that dragged her to the ground and attempted to sexually assault her.

He then became disturbed by a passer-by and calmly walked away from the scene – leaving the knife behind, which has since been recovered by police.

The woman wasn’t injured but was left understandably shaken by the incident and is being supported by specialist officers.

Detectives are investigating several lines of enquiry, including that the offender followed another lone woman in the moments before the attack, before she disappeared out of his sight.

A 40-year-old man has been arrested on suspicion of attempt rape and remains in custody for questioning.

An increased number of high-visibility patrols will be in the area over the weekend in response to the incident.

Detective Inspector Jill Vescovi, of GMP’s Bolton CID, said: “This was a terribly frightening and shocking incident that occurred before dawn in the town centre this morning and we are rapidly pursuing several lines of enquiry to catch the man responsible for this attack.

“The repugnancy of this incident is exacerbated by the offender’s audacity in not only attacking the woman, but then nonchalantly walking away after he had become disturbed by a passer-by.

“We hope that this arrest will reassure the public that we are doing all we can to solve this crime, but our investigation is ongoing and it is important than anyone with information contacts us with any details that may aid our enquiries.

“Our specialist officers are supporting the victim at this time and I would like to commend her bravery for fending off the attacker while he was threatening her with a bladed article and attempting to sexually assault her.

“There will be an increase in high-visibility patrols in the town centre over the weekend and I urge anyone with concerns to approach our officers and know that any information will be treated with the strictest confidence.”

Four arrested over death of Peter Cordwell during burglary on farm property in Heywood...