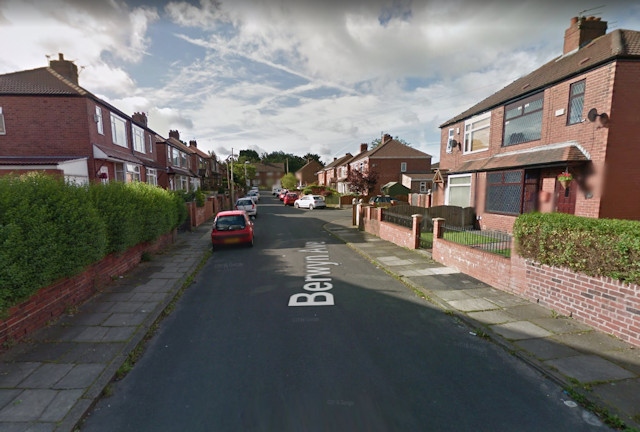 The attack happened on Berwyn Avenue just before midnight.The man was taken to hospital where he will require surgery.

An investigation has been launched.Witnesses have so far suggested to police that around five men were chasing the victim prior to the attack.

Detective Sergeant Tim O’Callaghan from GMP’s Rochdale borough said: “The man has been left with possibly life changing injuries because of this attack.

“We are determined to find those responsible – weapons like machetes have no place on our streets and we are making it our top priority to find those who use them and bring them to justice so they can no longer cause misery to their victims and fear in the community.”

“I would like to hear from anyone who witnessed the incident or has any idea who was responsible for such an awful attack.”