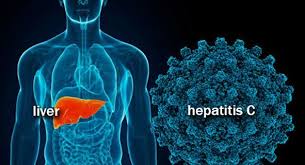 The most recent estimates suggest at least 40,000 people across the North West acquired hepatitis C infection, and of those 27,000 have developed chronic infection.

The report also shows that the number of infected people who have not been diagnosed remains high with an estimated 16,000 out of 40,000 (40%). Many people may be unaware because they have no symptoms or only mild symptoms, but they could be at risk of liver damage as well as passing on the infection to others.

Data shows that the highest burden of disease is in the Greater Manchester area, while Lancashire and Liverpool also have high numbers of people living with hepatitis C.

Those most at risk of contracting hepatitis C infection in the North West are people who inject drugs or have injected drugs in the past – especially if they have shared injecting equipment. They are at increased risk even if they injected only once or twice in the past.

Hepatitis C remains a major public health concern and one that we are actively addressing in partnership with the NHS and drug services.

However, we are committed to working closely with multiple stakeholders to improve surveillance, diagnosis and care pathways. By increasing public awareness, those people most at risk can take the necessary preventative measures to protect themselves, and those who are already infected can be brought into highly effective treatment programmes.

We encourage anyone who believes that they may be at risk to ask their GP or drug services to be tested for the virus. This is an infection which can be cured in most people. Simple measures such as using sterile injecting equipment and not sharing personal items like toothbrushes and razors will minimise chances of being exposed to hepatitis C.

Most of the country will be in Tier 2 as Covid infections are doubling...

Say hello to the Dogtar