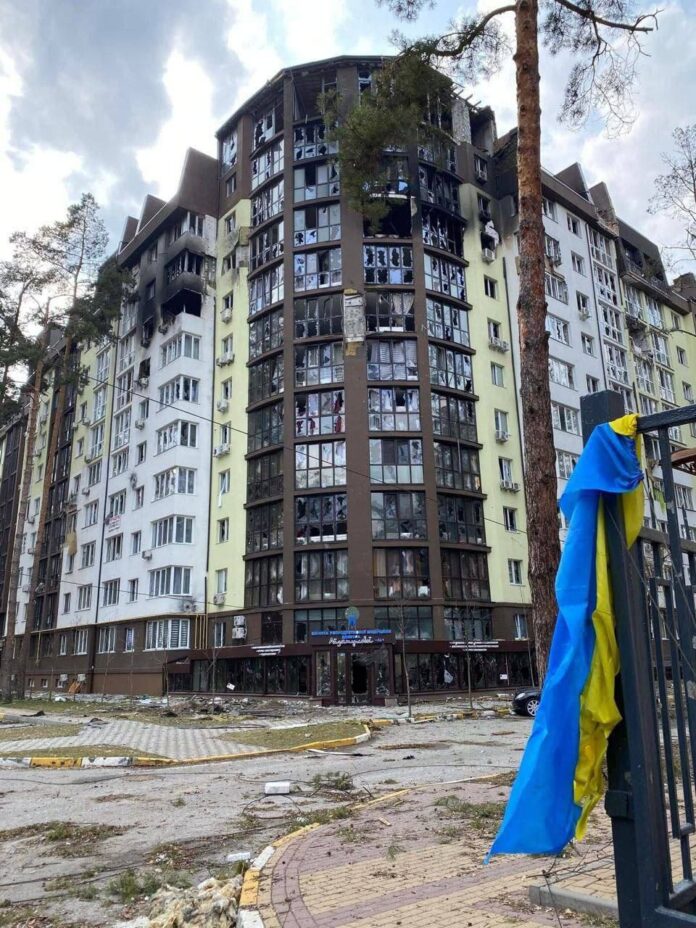 “They are deprived of everything humane, there is no soul, no heart,” President Volodymyr Zelensky said in a recent address following news about Russia’s atrocities in Kyiv Oblast.

“Concentrated evil has come to our land. Murderers, butchers, rapists, looters, who call themselves an army and who only deserve to die after what they have done,”

Boris Johnson in a statement said that he will do “everything in my power to starve Putin’s war machine.

Addressing what he called Russia’s “despicable attacks against innocent civilians” in Bucha, Johnson said that Britain will step up sanctions against Russia, and bolster military and humanitarian support for Ukraine.

Satellite imagery appears to show a 45-foot-long trench at mass grave in Bucha.

The imagery by Maxar Technologies taken on March 31 show the trench dug into the grounds near the Church of St. Andrews and Pervozvannoho All Saints where a mass grave has been identified.

The Russian Ambassador to the U.S. Anatoly Antonov said reports of Russian atrocities in Bucha are “false accusations.”

Kuleba is calling for oil, gas, and coal embargo, closed ports for Russian vessels and goods, and disconnection of all Russian banks from SWIFT system.

The European Council President Charles Michel said he was “shocked by haunting images of atrocities committed by the Russian army” in the town of Bucha and other locations in Kyiv Oblast, promising further sanctions.

As the towns of Bucha and Irpin were retaken from withdrawing Russian forces, horrific photos and videos began to flow in reports the Kyiv Independent

Ruined houses, burned-down cars, and bodies of civilians scattered around the streets.

The photos appear to prove that the Russian forces carried out targeted, organized killings of civilians in Bucha, particularly of men: They are often found shot dead, with their hands tied behind their backs.

Human Rights Watch group said that it interviewed a woman in Bucha who witnessed Russian troops round up five men and shoot one of them in the back of the head, killing him, the Wall Street Journal reports.

“We have documented an unmistakable case of summary execution by Russian Federation forces in Bucha on March 4,” a Human Rights Watch spokeswoman said.

Cocktails in the City returns