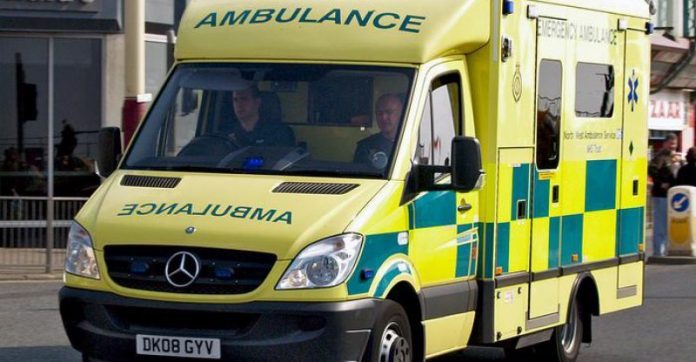 A woman is fighting for her life in hospital after a car she was driving was hit by a van in Rochdale this morning.

The collision happened around 9.45am ton Halifax Road (A58) with the junction of Union Road.

A white Vauxhall Combo Van was driving towards Littleborough when it collided with a woman in her 40s who was crossing at the junction.

The woman was taken to hospital with multiple life-threatening injuries. She remains in a critical condition.

A 23-year-old man was arrested on suspicion of dangerous driving, driving under the influence of drugs and driving without a licence. He remains in custody for questioning.

The road was closed for several hours while collision investigators examined the scene for evidence.

PC John Harrison-Gough, from GMP’s Serious Collision Investigation Unit, said: “This woman is currently fighting for her life in hospital after suffering major trauma as a result of this collision and we are doing everything we can to find out exactly what happened.

“We have one man in custody but I would implore any pedestrians or drivers who saw anything to please get in touch – we need as much information as possible.

“Dashcam footage can also be crucial for these types of investigations and I’d urge drivers to check their cameras to see if they have any videos which could help us.”