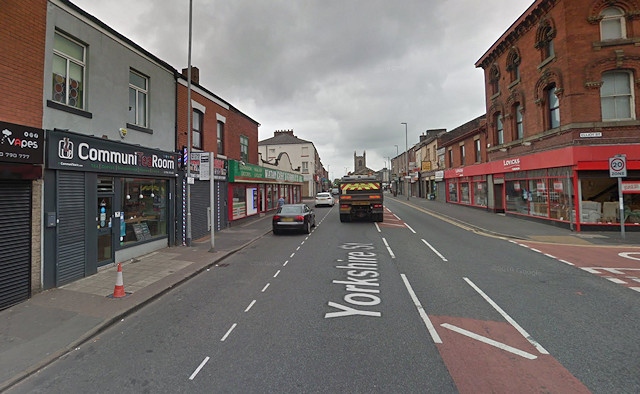 The 44-year-old woman was left in a critical condition after being hit by a vehicle on Yorkshire Street yesterday afternoon.

A blue Audi S4 was seen overtaking vehicles at high speed before colliding with the woman who was crossing the road at a pelican crossing.

The woman remains in a critical condition in hospital.

A 26-year-old man has been arrested and police want to hear from anyone who may have witnessed the incident or have dash cam footage.

Police Constable Paul Joynson said: “This is a terrible incident which has left a woman in hospital in a critical condition.

“We are appealing for anyone who may have been around Yorkshire Street at the time (2.30pm) and can recall seeing a blue Audi S4 travelling at speed to come forward with information.”