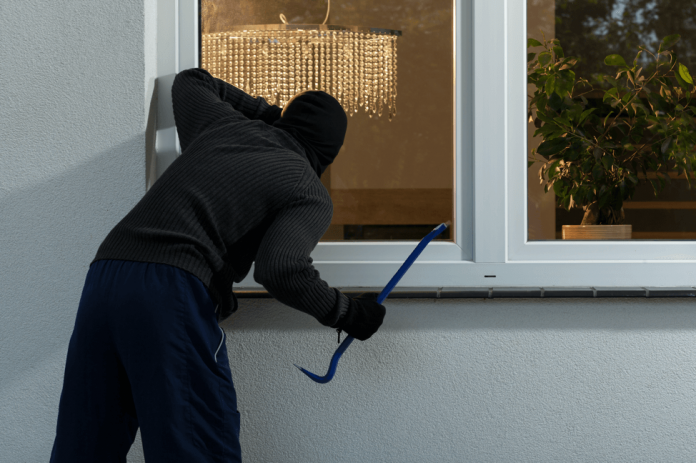 Feeling secure in your home is one of the most important aspects of life because any breach of that security causes heartache and loss, destroys the home as a place where you feel safe and relaxed, and also carries the risk of injury if an intruder turns violent. There are all sorts of safety measures you can take to help deter burglars, such as having security lighting systems, burglar alarms, and a sophisticated locking system on your doors. However, if your house has older windows, they may not be protecting you as well as they could from the threat of intruders.

Many older and period homes have sash windows, which are classically elegant and lend an air of sophistication to any home. Original windows can be susceptible to mechanical problems that make them difficult to open, or conversely, hard to shut, but if well-crafted and maintained, they could still be in perfect working order. Therefore, replacing them may not have occurred to you; after all, if they’re working and they look good, what’s the problem?

The first issue will be insulation, as single glazed windows are far less effective than modern double or triple glazing. The other main issue is security because a burglar will find it far easier to break into a home that has old, single glazing. For one, it takes far longer and is considerably more difficult to break double glazed windows, whereas the single panes in older sash windows will present little challenge. Secondly, the glass used in older windows won’t be of the same standard as modern glass, having neither the integral strength nor the reinforcement typical of glass manufacturing now.

However, you don’t have to worry about replacing your traditional sash windows with white, modern casements that wouldn’t fit in with the building, especially a period property. Modern companies offer a range of sash window options including real wood versions and UPVC that is foiled to look like painted wood, complete with traditional style fixings. This way, you can take advantage of the improved security without having to compromise on your home’s appearance. Before you ask for quotes from double-glazing firms, check what security standards their windows adhere to, so you can be sure of having the highest levels of security for your home. Certification to British Standard PAS is a good indication of quality, and for the most advanced security, look for windows that have Secured by Design accreditation. This is a scheme set up by the police in the UK promoting all kinds of products that aid in the prevention of crime, and it’s the only police-approved scheme. Products are tested rigorously before being awarded accreditation, so they genuinely are the safest you can get.

In addition to the higher quality glass, stronger frames, and extra protection offered by modern double-glazed windows, they also have a major advantage over older versions because of their advanced locking systems. For example, sash windows locks should have Secured by Design accredited fitch locks, key operated for added security. It’s an essential feature that will help reduce your house insurance premiums as well as make your home safer. Frames should have restrictors fitted so that the windows can be opened enough to let in some fresh air without allowing intruders to open them any further and thus gain entry. Having these secure locks in place mean that, even if a burglar did manage to smash the glass, he still wouldn’t be able to unlock the window.

It’s not pleasant to think about the possibility that your house could be burgled, but if you take sensible security precautions, you will be significantly reducing the chances of it happening to your home.

Booking ahead: 2019 chapter for Rochdale Literature and Ideas Festival

Hot or not? How physically attractive Brits think they and their partners are