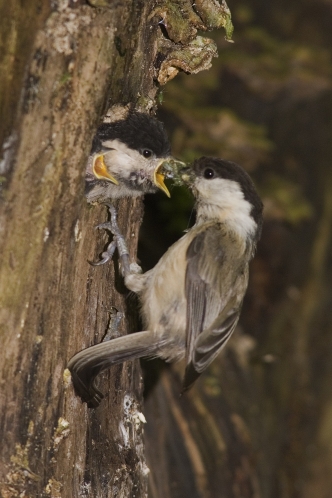 The blueprint for development in Greater Manchester has been revamped after complaints about an initial draft not considering greener areas.

Senior Conservation Officer, David Dunlop, said: “As it stands it’s a definite improvement on what we saw in December 2016. It has tighter general policies on protecting what wildlife populations and wild places we have left. It also has a positive approach to actually maintaining, expanding and improving these areas, joining them up in a network and even creating new wildlife havens and restoring some of what we’ve already lost.

“It’s got a welcome commitment to protecting green infrastructure and publicly accessible natural greenspace, though it’s less obvious to what extent it expects to create more green areas, and where. And there’s now more consistent mention of the Great Manchester Wetlands Nature Improvement Area; though, disappointingly, no mention of proposals for some more; for example, in the South Pennines and the West Pennine Moors.”

The Wildlife Trust was happy to see policies on improving air quality and human health, though the emphasis seems to be on physical health. David said: “Nature benefits mental as well as physical health and we’d hope to see more recognition of that in the final plan.”

While some site-specific policies, covering housing and employment land are improved, and all say that prospective developers should ‘minimise impacts on and provide net gains for biodiversity assets within the site’, the Trust is struggling to see how some could be delivered in a way that won’t result in a net loss for wildlife. They pointed out the proposals for Elton Reservoir ‘areas’ north of Bury. David said: “This would impact on a population of ground-nesting lapwing that are currently protected by a lack of public access and disturbance from people and dogs.”

He went on to say that land allocations in Salford and Wigan, around historic Chat Moss now pay more attention to the Great Manchester Wetlands Nature Improvement Area; but how much weight will be given to maintaining and restoring wetland wildlife habitats and populations in the areas affected?

David said: “There is still a lot of potential impact around Irlam Station, near New Moss Wood, and I am not sure in practice how developers will deliver on requirements to ‘minimise the loss of carbon storage function of the peat’, but it’s now down to any prospective developer to demonstrate how that could be achieved.

“The implications for major populations of Greater Manchester’s most vulnerable key species – such as willow tit and brown hare – are harder to assess without reading more carefully and talking to those who actually know the key locations and networks for those creatures.”

Green recycling bin collections to be restored in Manchester from Monday