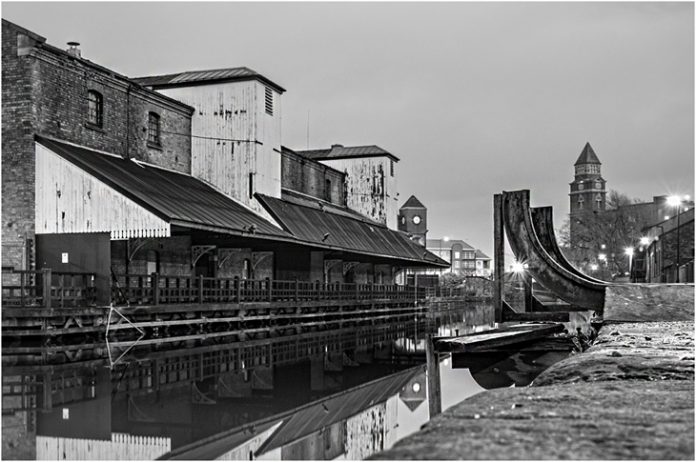 Wigan Borough’s colourful history will be brought to the stage this year in a musical that could rival the West End thanks to community spirit and a council cash boost.

‘Beyond Wigan Pier’ is a musical based on George Orwell’s iconic book ‘The Road to Wigan Pier’ and was created by Alan Gregory after he sought permission from Richard Blair (George’s son) and the late Sonia Brownwell Orwell (George’s second wife).

They have been working with Wigan Council to raise £25,000 to fund the performance and have also urged the public to dig deep and donate through crowdfunding. Alan and the team applied for money during the latest round of the Deal for Communities Investment Fund and were awarded £12,500.

Councillor Chris Ready, cabinet member for communities said: “We are delighted to support this fantastic project and recognise all of the hard work the team have put into telling the story of Wigan’s rich history.

“This exciting Beyond Wigan Pier musical which will be written, produced and performed by Wiganers, is a chance for us to recognise the changing lives of local people and the positive future ahead for Wigan. We’re proud to be a part of it!”

Not only does the performance have an impressive story to tell, but it also stars a cast full of born and bred Wiganers, including X Factor’s Olivia Garcia.

Richard Blair said: “My father’s book was one which highlighted the social issues across Great Britain in the 1930’s. He was very fond of the people he met in Wigan and this musical is proof of his opinions as the whole community has come together to create this fantastic performance whether it be through financial donations, set creation, volunteering or even performing. It’s a real Wigan effort.”

Richard added: “We feel that harnessing community spirit is paramount to the success of Beyond Wigan Pier and we wanted everybody to play a part, so our different support packages will offer a variety of rewards from a mention in the credits to a VIP experience.”

Why Gamstop Is Essential For The Gambling Industry