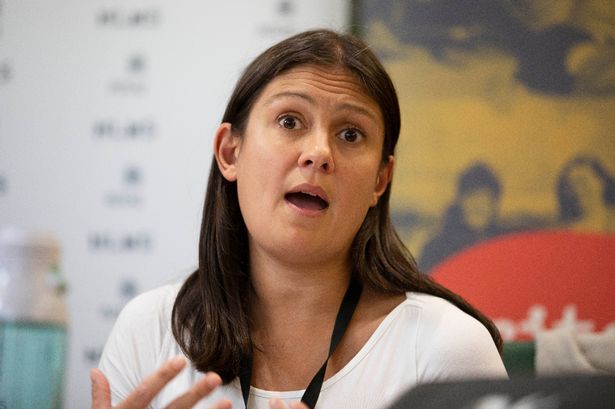 Wigan MP Lisa Nandy Nandy has said that she is “seriously thinking” about running as Labour leader.

Speaking in this morning’s Andrew Marr show she also called for Labour’s headquarters to move out of London.

As candidates begin to position themselves after Jeremy Corbyn announced that he would not contest another election, ex Labour MP Caroline Flint, who lost her Don Valley seat, threw her support behind Nandy and Rebecca Long-Bailey, MP for Salford and Eccles and shadow business secretary, as candidates for the leadership, but cautioned “they’ve got a lot to prove as well.”

Long-Bailey was also supported this morning by Labour MP for Leeds Richard Burgon who revealed that he is considering whether to run as her deputy, John McDonnell told Marr she “could be a brilliant leader.”

Nandy told Andrew Marr, “The reason that I am thinking about it is because we have just had the most shattering defeat where you really felt in towns like mine that the earth was quaking and we have watched the entire Labour base just crumble beneath our feet.”

“We need to think seriously now about first of all how you bring those lifelong Labour voters – who felt that they not only couldn’t vote Labour but actually in many instance chose the Tories – how you bring Labour home to them.”