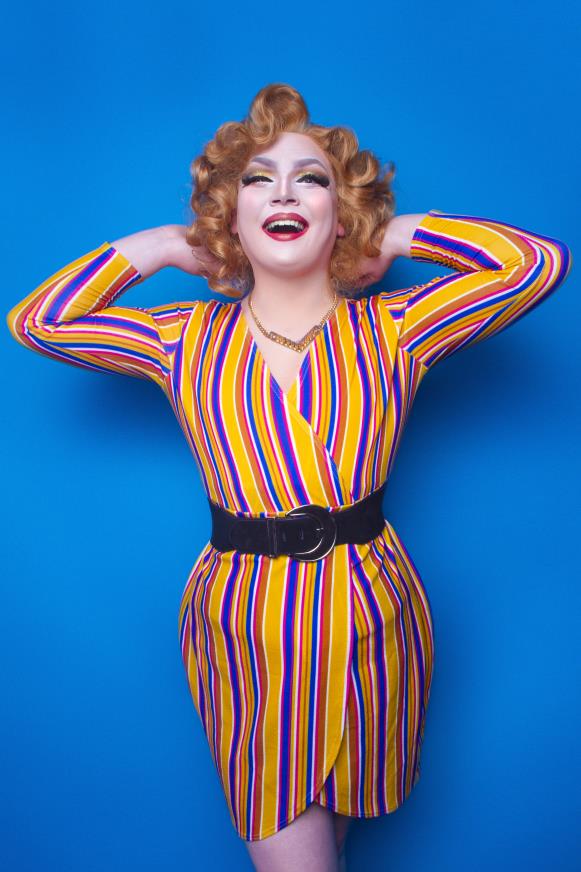 To celebrate Manchester Pride and the LGBTQ+ community across Greater Manchester, four local drag queens are taking over the airwaves on BBC Radio Manchester for one day only.

From breakfast through to drive time on Wednesday 21 August, some of the biggest and brightest drag stars in Greater Manchester will present BBCRadio Manchester, sharing their stories, celebrating the history of the local drag scene and, most importantly, causing chaos.

The queen of Canal Street, Belinda Scandal, will be setting her alarm to join Chelsea at breakfast and wake-up the region with a fabulous bang.

Divina De Campo, star of BBC talent show All Together Now, joins Mike Sweeney’s mid-morning show to give listeners a chance to ask anything they’ve always wanted to know but have been afraid to ask a drag queen.

At lunchtime, blonde bombshell Misty Chance pulls up a chair with Becky Want and the lunch-timers for fun and fabulousness. And at drive time, Drag SOS star Donna Trump joins Connor Phillips for the ‘Connor and Donna Show’, including a few special surprises along the way.

Kate Squire, editor of BBC Radio Manchester, said: “We’re really excited about our Drag Takeover, it’s going to be brilliant fun. Drag is a really important part of our culture that we want to celebrate at BBC Radio Manchester in Pride week. No doubt we’ll laugh and we’ll learn at the same time.”