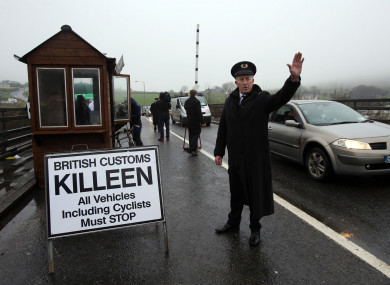 Donald Tusk has rejected Boris Johnson’s proposals for the Northern Irish backstop, suggesting that the Prime Minister was effectively in favour of ‘re-establishing a hard border’ on the  island of Ireland.

Meanwhile the German Prime Minister Angela Merkel has said that the EU was ‘ready to find a solution’ to the backstop, ahead of meetings with Johnson this week who will also travel to Paris to meet the French President Emmanuel Macron.

Johnson had written to the European Council President outlining his objections to the Irish backstop calling it  anti-democratic’, ‘inconsistent with the UK’s desired final destination for a sustainable long-term relationship with the EU’ and a risk to the ‘delicate balance embodied in the Belfast (Good Friday) Agreement’.

Tusk responded publicly to Johnson’s letter making these demands, and all but accused him of being set on a no-deal exit. He said: ‘The backstop is an insurance to avoid a hard border on the island of Ireland unless and until an alternative is found.

Graffiti on Withington Rashford mural was not racial say police

Government is “keeping people in the dark” about impact of a no deal, TUC...