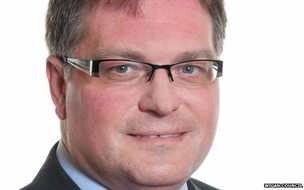 A Wigan Councillor has been deprived of his mobile phone, been blocked from using the internet and female officers will be instructed not to speak to him.

The offences came to light after he had racked up a phone bill of £2, 418.95 and an investigation was launched.

It is the third time that the councillor has been in trouble and subject to a standards hearing this year.

On the first occasion, back in February, he was found guilty of deliberately altering an email in an attempt to jeopardise a senior employee’s job.

A month later, in March, he was found guilty of viewing pornographic material on his council-issued laptop.

Prior to this he’s been disqualified and suspended by the Standards Board for England twice and removed from the Liberal Democrat Party.

During the hearing, the panel heard the evidence, which included some of the text messages. One such message, sent on Saturday 2nd March 2013, read:

“Aren’t they f*****g idiots. No wonder women are just cooking and washing material.”

In another message, sent Monday 11th February 2013, in a conversation regarding the Vicky Pryce and Chris Huhne court case, he said:

“Lol. Oh well we’ll find out this week what happens. I hope she likes porridge and her f***y played with in the showers.”

“I see that f*****g Alison Smith was on the news complaining about the investigation. Someone please tell her to f**k off and don’t come back.”

In a response he continued:

“That Alison Smith, typical Scot and I bet she has a tight s****h.”

“I am appalled and sickened with the language used in these messages. It is quite clear, judging by the content of Cllr Bleakley’s text messages, that he has a problem with women. I will not tolerate this prejudice, nor will I allow him to come into contact with female officers until he has undertaken equal opportunities training.”

Manchester devolution to be the centrepiece of the Queen’s speech

Jacob Triumphs in the Pool – More Swimming Success For Salford