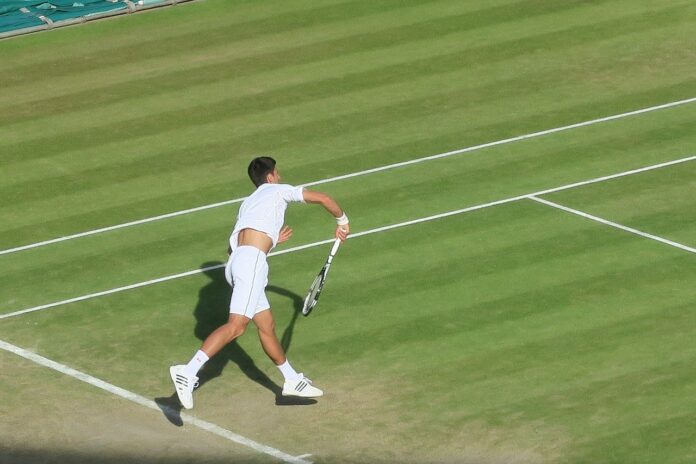 Both men are still in this year’s tournament as it reaches the third round stage, and both are fancied when it comes to men’s Wimbledon 2021 betting. Let’s take a look at some of the contenders for the title.

Where else to start than with the Serbian who has won every Grand Slam title available this year. Djokovic won the Australian Open at the beginning of 2021, and added to it with a French Open title last month. A five-time Wimbledon champion, Djokovic has won the last two finals at SW19 – and will be looking to add to it.

Despite suffering a scare in the opening set of his first round match to British wildcard Jack Draper, he went on to win the following three sets and certainly has his mojo back, following a straight sets victory over Kevin Anderson in the second round.

There will be added pressure on Djokovic to secure the title, as victory would draw him level with both Federer and Roger Nadal with 20 Grand Slam titles to his name.

The ATP World Number 2 is still in with a chance of landing his first Grand Slam title, but Medvedev has never gone further than the third round at Wimbledon. He’ll be looking to surpass his previous tournament best, with a match against Marin Čilić on the horizon.

The Russian was well-battled in his opening round match, but was in cruise control against Spanish opponent Carlos Alcaraz in round two. He came into Wimbledon with the best preparation – winning the Mallorca Open, his maiden title on grass, and his 11th ATP title in total.

A class act, never rule out Federer. Although the Swiss Maestro was handed a lifeline in his opening round match, when opponent Adrian Mannarino was forced to retire – with the match going to a fifth and final deciding set – he landed a straight sets victory over Richard Gasquet in round two.

It’s been three years since Federer last won a Grand Slam title – the Australian Open in 2018 – and he’ll be looking to make amends for that Wimbledon finals defeat two years ago. He’s an eight-time winner at SW19, and also reached an additional four finals at the summer Slam, so he’s got the experience and knowhow to go all the way. It just depends on his fitness – and the opposition!

The number 4 seed and ranked 6th in the world by the ATP, Zverev is another player on the men’s circuit seeking out that first Grand Slam title. It’s fair to say that Wimbledon is his weakest tournament, and the German has never made it past round four – suffering a shock first round defeat in 2019. Two dominant straight sets victories at this year’s tournament has set Zverev on his way, and he’s up against the number 31 seed Taylor Fritz in round three. Could it finally be the year that he breaks his duck and makes a breakthrough?