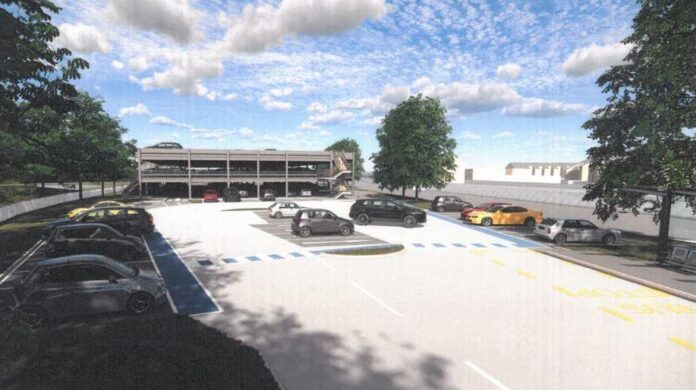 The work has seen the installation of a new parking deck at the existing site, expanding the number of spaces from 208 to 331 spaces in total, enabling more people to access the Metrolink network and use public transport for part of their journey.

In order to improve traffic movements around the Whitefield Park & Ride site, the former exit and entrance to the car park have been changed and signage across the site has been updated to direct car park users. The main entrance to the site from Stanley Road will remain the same.

The site will close to users (other than Blue Badge holders) after the last tram departure on Tuesday 25 January and work to install a new car parking deck increasing capacity from 369 to 480 spaces is expected to be complete by summer 2022.

The drop-off zone will remain open at Radcliffe and Blue Badge spaces will still be available at this facility during the construction works.

Any displaced drivers who were using the Radcliffe Park & Ride site will be redirected to the temporary site, providing 250 spaces, which has already been set up over the road and is accessible via Spring Lane.

Chris Barnes, Head of Projects Group at Transport for Greater Manchester, said: “We are pleased to have completed the work required to provide an extra 123 car parking spaces at the Whitefield Metrolink stop. This additional capacity will enable more people to access the Metrolink network and use public transport as part of their overall journey.

“We are also really pleased to be continuing with the ongoing Park & Ride expansion work which is taking place at the Radcliffe stop. The preparatory operations that we have undertaken so far have gone well and we are now looking forward to progressing the works in earnest, following the closure of the main facility.

“We would ask anyone wishing to park in the vicinity of the Radcliffe stop to head to the alternative site opposite the entrance to the existing Radcliffe Park & Ride facility for the duration of the construction works.“

The Fear of Missing Out: A large amount of phone use takes place on...

Transport Companies start cutting back on services across the region