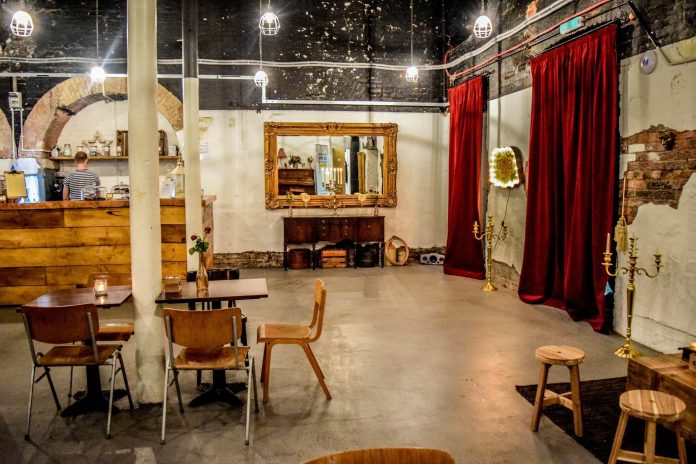 This summer at the award-winning Hope Mill Theatre in Manchester features an eclectic and engaging mix of shows from a sell-out drag sensation to Shakespeare with a twist, to new writing.

The Theatre Collective presents The Wasp, written by Morgan Lloyd Malcolm and directed by Benedict Power. Heather and Carla haven’t seen each other since school. Their lives have taken very different paths. Carla lives a hand to mouth existence while Heather has a high-flying career, husband and a beautiful home.

And yet, here they are in a café having tea and making awkward conversation. That is until Heather presents Carla with a bag containing a significant amount of cash and an unexpected proposition. Morgan Lloyd Malcolm’s electric thriller asks how far beyond the playground we carry our childhood experiences, and what lengths we are willing to go to in coming to terms with them? Tuesday 16 – Saturday 16 June. Tickets £12/£10 concession.

Shakespeare’s famous romantic tragedy comes to Hope Mill Theatre this summer when Girl Gang Manchester present this all-female take The Tragedy of Romeo and Juliet. Compelling in its timelessness, this play will capture audiences with its deeply human story and enduring themes of love, fate and family.  Reflecting on the divisions that persist in today’s world, this production will be a fearless retelling of the classic that still resonates today. Directed by Kayleigh Hawkins. Tuesday 26 – Saturday 30 June. Tickets £14/12 concession.

In connection with The Tragedy of Romeo and Juliet, Girl Gang Manchester present Unseemly Women. Responding to the stimulus of Romeo & Juliet, four writers, with the assistance of female actors, have 15 – 20 minute short plays. Come and see what they have built over four workshops, in collaboration with the evening production of Romeo & Juliet. Friday 29 June, 2pm. Tickets from £10.

For one night only at Hope Mill Theatre is ICONIC: A Brief History of Drag. Following sell-out performances in the UK and Australia, drag sensation Velma Celli makes her stunning Manchester debut with ICONIC – A Brief History of Drag. With the triple threat of heavenly vocals, theatrical swagger and razor-sharp wit, this drag superstar celebrates the most iconic drag moments of film, stage and popular culture. “Powerhouse vocals… a force to be reckoned with” Gay Times “Velma Celli is a STAR!” Attitude Magazine. Friday 22 June. Tickets £18.

The third of Hope Mill Theatre’s five in-house musicals for 2018 is Andrew Lloyd-Webber’s romantic classic Aspects of Love. Aspects of Love is based on the novel by David Garnett, with music by Andrew Lloyd Webber, lyrics by Don Black and Charles Hart and is directed by Jonathan O’Boyle (Hair, Pippin), and features the iconic song Love Changes Everything, which became a huge hit for Michael Ball, who starred in the original production in London and on Broadway. It tells the story of passion, love and loss across three generations of a family and their artistic companions, against a background of 1940’s France and Italy. It has never been professionally produced regionally in the North West making the premiere of this production a landmark theatrical event in the region, and beyond, this summer and a hugely exciting company of 10 performers has now been announced for Aspects of Love – comprising of Olivier Award-nominees and young talent making their professional debuts alike. Thursday 5 July – Tuesday 7 August. Tickets from £16.

He goes inside his Closet and unexpectedly time travels to 2018 and meets 16 year old Ben living in his bedroom dealing with similar issues today.  Ben and Henry decide to run away from their lives by time travelling in the Closet, taking them on adventures to New York’s Stonewall bar in 1969 and beyond. But how long can they run from their lives before their time zones catch up with them?  Featuring uplifting pop musical numbers and contemporary ballads this show is guaranteed to warm everyone’s soul.   Recommended age 12 + features some strong language and sexual references. Written and Directed by Lloyd Eyre-Morgan and Neil Ely. Tuesday 14 – Thursday 23 August. Tickets £20/£18 concession.

For more information on these productions, or to book tickets, visit www.hopemilltheatre.co.uk or call 0333 012 4963