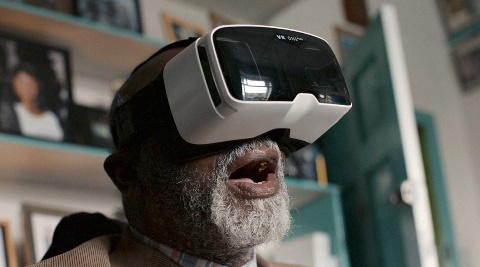 Manchester: City of Firsts film celebrates the city’s world changing innovations, from the first public library to the first life through IVF

CityVerve, the UK’s smart city demonstrator in Manchester, has released a short film called Manchester: City of Firsts. Directed by writer and filmmaker, David Petch, the film celebrates how many of the world’s milestone innovations have and continue to be pioneered in Manchester.

Featuring over a dozen Mancunians, the film pays homage to innovations, such as the first public library, passenger railway, football league and first life through IVF.

Rowena Burns, Chair of Manchester Science Partnerships, said: “The City of Firsts film is not only a reminder of what Manchester has given – and continues to give – to the world, but the city’s great spirit of collaboration which has made these things possible.  This is incredibly important when we’re talking about building future cities that work for everyone, and that has been at the heart of the CityVerve project.

With a rich consortium of public, private and academic partners we have come together to explore new and interesting ways to use the Internet of Things across Manchester’s innovation district. Our demonstrator has helped us explore new avenues, from connecting buildings to healthcare, and these learnings can help inform City-scale tech strategy in Manchester and beyond.”

David Petch, Director and filmmaker, said: “The star of this film is the city, and what better way to bring it to life than with the residents and people who have a strong affinity to it. The film is a celebration of Manchester, of all it has and continues to achieve. Be it engineers, athletes or political activists, this city relentlessly challenges the status quo, innovates and changes our world for the better.”

A full version of the Manchester: City of Firsts film can be viewed on the CityVerve website, where further information on the inspirational characters in the film and their connection to the CityVerve project can be found.

The release of the Manchester: City of Firsts film follows CityVerve recently launching its augmented reality walking tour, offering the chance to find out more about Manchester’s innovations, by encouraging visitors to explore in and around the Oxford Road Corridor – the city’s innovation district. In addition, the CityVerve Academy is helping to ensure Manchester citizens continue to evolve with the digital technologies that are transforming the places they live, work and play.