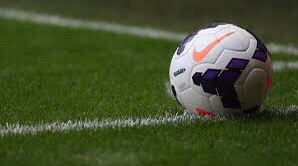 It was a good weekend for both Salford’s City and FC United, FC making it three wins in a row as they beat Nuneaton 3-0 at Broadfields Park.Goals from Kieran Glynn, captain Jerome Wright and Luke Ashworth moved the Reds up to 12th in the Vanarama National League North.

Salford City’s 3-0 win over Worcester City leaves the Ammies in seventh place just a point off the play off places.

It was a thirteen league defeat of the season for Altrincham, in a game that the Robins largely dominated only to concede three goals in the last fourteen minutes away at Alfreton Town.

Alty had taken the lead on the half hour mark through a Wilkinson deflected shot and had dominated the game but three substitutions with just over twenty minutes remaining changed the game.Monkhouse equalizing for the visitors on seventy six minutes before a Moult header seemed to have claimed the points for the Robins with eight minutes left only for the home side to score twice in the last five to seal the points. The defeat leaves the Robins bottom, nine points off safety.

Stalybridge remained second bottom of the table seven points off safety , going down to ten men at Tamworth after a rash challenge by Adam Mather saw him see red.Celtic took the lead just after half time thru Scott Spencer but two goals in a minute for the home team with twenty five minutes left left Stalybridge adrift at the bottom.

Curzon Ashton took their FA Cup form into the league despite having three men sent off, they managed to score four goals against Halifax Town, with Adam Morgan scoring  twice in between strikes from Niall Cummins and Joe Guest.

Stockport County took a first half lead, before missing a penalty and eventually losing by the odd goal in three deep into stoppage time with a 93rd minute deflected goal as they entertained Bradford Park Avenue.

Down one league and Ashton United shared six goals away at Corby Town in the Evo Stik Premier Division, it was the home side’s first point after four successive defeats three times coming from behind to deny Ashton all three points, after Tank, Gaskell and Frost had put Ashton in front

The bad weather kept Radcliffe, Hyde and Droylsden firmly in the changing rooms over the weekend.Mossley will have wished that it had rained harder at Scarborough though where the Lillywhites let in eight without reply.

Mosley fell behind after just one minute, Matty Turnbull heading in from a corner. Further goals from Cameron Murray and  Benny Igiehon made it 3-0 at the break but in the second half Mossley capitulated, Turnbull grabbed his second goal just after the interval and Carl Stewart rounded the keeper to make it 5-0. Craig Nelthorpe crashed in from outside the area then Stewart netted his hat-trick with two close range finishes late to end a miserable day for the Lillywhites.

Trafford though will wish it keeps raining, a second hat trick from Matt Derbyshire in four days setting them on a 6-0 victory away at struggling Ossett Albion.