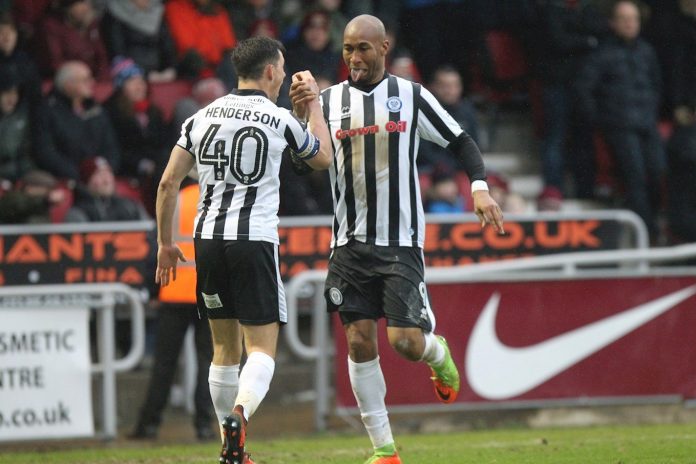 Wigan Athletic extended their unbeaten run in Sky Bet League One  afternoon as they comfortably saw off the challenge of Gillingham at the DW Stadium.

Will Grigg’s fine form continued when he put Latics ahead early on, meeting Reece James’s low cross to net inside the six-yard box for his 50th goal for the club.

Powell made it two just after the half hour mark when he rose highest in the area to head Max Power’s corner past Tomas Holy.

There were wins also for Oldham and Rochdale. OLdham Manager Richie Wellens hopes the win over Bradford City can be used as a springboard for the rest of the season.

A wonder strike from Cameron Dummigan in the first half put Latics ahead, whilst a second half header from Aaron Holloway sealed a 2-1 win.

It was a nervy ending to the game as Bradford pulled a goal back but they held out for the win and Wellens was delighted with his players following the game.

Calvin Andrew’s strike secured Rochdale’s first away league victory of the season in a 1-0 victory over Northampton Town.

After a goalless first half, Andrew turned home Matty Done’s left-wing cross eight minutes after the break.Dale had chances to double their lead, but they didn’t need the insurance, defending superbly as a team to hold on for a deserved three points.

And bottom club Bury fought back to earn a point against Blackpool thanks to substitute George Miller’s equaliser on his return to Gigg Lane.

After a quiet first half of chances, the away side broke the deadlock through Sean Longstaff’s accurate volley on the 53rd minute.After coming off the bench, Miller found an important goal with seven minutes of normal time remaining but there was little time to find a winner.

Meanwhile in the Championship Sammy Ameobi’s second half goal earned Bolton Wanderers all three points in front of the Sky Sports television cameras against Bristol City on Friday night.

The Whites’ No.10 struck the decisive effort with 19 minutes remaining to pull Phil Parkinson’s men away from the bottom three ahead of the weekend’s fixtures.

Weekend’s EFL round up