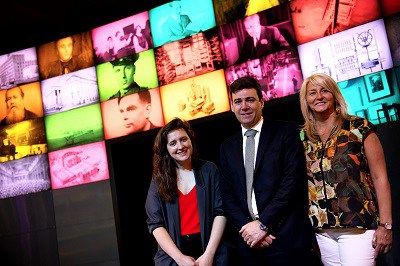 Greater Manchester’s Mayor has laid out his ambitions to harness the power of technology and spark a new digital revolution which will connect people, businesses and communities – firmly establishing our region as the UK’s number one digital city.

Andy Burnham says a landmark summit to be held in July will stake out the city region’s claim to be the UK’s tech leader and will set out a bold programme of skills and infrastructure development. It will bring together Greater Manchester’s tech trailblazers and local people to shape a vision for a genuinely smart city region where technology is used as a vital part of the solution to the biggest issues we face in society.

He has also announced that Councillor Richard Farnell, the leader of Rochdale Council, will be the portfolio lead for Digital City Region in the Greater Manchester Combined Authority cabinet.

Mayor Andy Burnham said: “I want Greater Manchester to be a digital city with a difference – one with a bold digital economy which actively encourages businesses to invest and grow, and also one where technology is used to deliver positive change, from connecting young people with opportunities, to tackling social problems such as homelessness. This bold vision places the needs of people firmly at the heart of technological innovation.

“We’re already ahead of the game on this. Right here in Greater Manchester we are on the digital frontier with some of the most cutting-edge tech firms in the world. This gives us a remarkable opportunity to take that expertise and innovation, and work with local people to create a smart digital future which has a unique Greater Manchester stamp.

“We want to fuse technological advancement with culture, ethics, communities and places to build a world which is connected, creative and cooperative, and a modern and prosperous Greater Manchester where no-one is left behind.

“I don’t want Greater Manchester to be just a smart city – I want it to be the smartest city.”

The summit will be held on 6 July at the Museum of Science and Industry in Manchester.

It will showcase some of the stunning examples of the digital sector in Greater Manchester doing amazing, innovative and inspiring things, with an open dialogue with these leading figures about how to build on the success of the city region to have an even greater impact.

As well as bringing together those digital frontiersmen and women who are setting the agenda for digital inclusion, members of the public will also be invited to attend to demonstrate that everyone is welcome on the digital journey.

As Andy unveiled the plans for the digital summit, he also announced that Councillor Richard Farnell, the leader of Rochdale Council, would take on the Digital City Region portfolio in the Greater Manchester Combined Authority cabinet. As well as being National Vice-Chair of Co-operative Network, Councillor Farnell has a significant experience in journalism and communications.

Councillor Richard Farnell said: “Greater Manchester has a track record in innovation and doing things differently, from the birth of the Co-operative movement in Rochdale, to the invention of the Baby computer at the University of Manchester. In the digital age, our ambition, drive and expertise means we can lead the UK and build further our thriving digital sector for the benefit of all our citizens. I look forward to working with our tech sector to drive this vital work forward.”

Andy added: “Richard’s distinguished background in communications, along with his great connections and forward-thinking approach, means he is ideally-placed to work with our digital sector to build on the success of our city region, and turn our vision into reality.”

NEXT to reopen limited online, Warehousing and Distribution