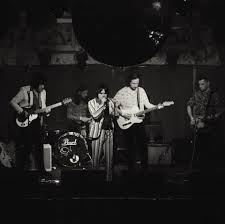 There’s a new band in Manchester called LOAstate.
Despite only teasing fans with 2 officially released tracks so far, they’re being hailed as the next big thing. There was a big response to their performance at NBHD this year and they play their first headline gig at YES this weekend.
Our friends at TheJournalix.com spoke to them to find out all about what an LOAstate is…
Details are sketchy on the band, where are you all from?
LOAstate: We’re four parts Manchester, one part Dewsbury. Dewsbury providing all the mystery we need.
What exactly is an LOAstate?
LOAstate: It’s a state of mind, or a little sub-personality you can develop to find meaning in your life which we think is important. Aim towards what you LOVE. Find PEACE in action. Face the ANARCHY of self. An LOAstate of mind.
What is the plan going forward with regards to releasing more material?
LOAstate: One more release, Nov 22nd which will complete Act 1, maybe a little exclusive release around Christmas as a thank you for the support we’ve had so far. Let’s see. We enter Act 2 at the start of next year though, BANGER territory.
HEADLINE GIG AT YES MCR
How have you prepared for your first headline show at YES this month?
LOAstate: We’ve just spent the weekend doing some guerrilla marketing pop ups in a tour-van round town. We spent the evenings projecting the logo onto different buildings, giving out free [stuff], meeting people and getting to know their stories.
NBHD 2019
Your first ever gig was NBHD this year, how was it for you?
LOAstate: We got to play to a full Deaf Institute for our first gig so you can’t really ask for much more than that. We felt we put on a good performance and were really happy that people came to watch us so early in the day, so thanks for that, we appreciate it.
The whole day was great though, the festival was class, met some very interesting people and saw a load of great acts too. Nova Twins & Saytr Play man.
What are your experiences of Manchester gigs?
LOAstate: The gigs we’ve been to are great. Partially down to the variety of venues, you never see the same gig twice, plus there’s always something on. Apollo wins, but venues like Yes and Band on the Wall sound great too.
For anyone who hasn’t heard you before, who would you liken yourselves to?
LOAstate: We jumped out of indie rock world and fell straight into hip-hop world, so there’s definitely elements of both. We’ve learnt so much from hip-hop though, sounds, attitude, even business, which we had limited knowledge of before. It was a plan for us to step out of our comfort zone and it’s payed off. Observing the whole hip-hop scene has been like learning another language. The genre isn’t stereotyped on a particular style, so you can literally bring all elements of music into one, without anything sounding out of place. They do things differently over there.
Buy tickets to their first headline show now, be there for what will be a historical moment in Manchester music history: https://www.gigsandtours.com/tour/loastate 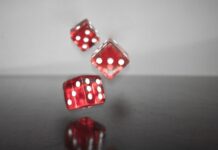