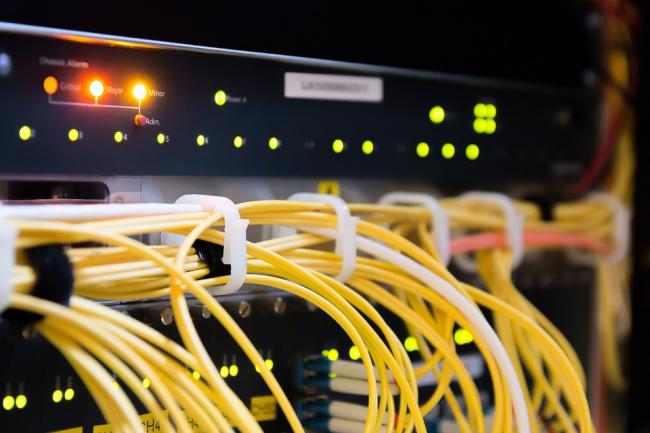 Labour will set out plans to deliver fast and free full fibre-broadband for all by bringing parts of BT into public ownership and creating a new British Broadband public service.

The Labour leader Jeremy Corbyn will make the announcement in Lancaster, describing the new free public service as central to Labour’s plans to transform our country and economy, “bringing communities together in an inclusive and connected society.”

The next Labour government will undertake a massive upgrade in the UK’s internet infrastructure, delivering fast, secure, reliable internet connections for everyone and putting an end to patchy and slow coverage. This will boost 5G connectivity across the country.

The roll out will begin with communities that have the worst broadband access, including rural and remote communities and some inner city areas, followed by towns and smaller centres, and then by areas that are currently well-served by superfast or ultrafast broadband.

The plan will be paid for through Labour’s Green Transformation fund and taxing multinational corporations such as Amazon, Facebook and Google, and save the average person £30.30 a month.

Only 8-10 per cent of premises in the UK are connected to full-fibre broadband, compared to 97 per cent in Japan and 98 per cent in South Korea. Almost 80% of adults surveyed said that they have experienced internet reliability problems in the last year.

According to research by the Centre for Economics and Business Research, a full-fibre broadband network could boost productivity by £59 billion by 2025; bring half a million people back into the workforce; and boost rural economies, with an estimated 270,000 people more able to move to rural areas.

Jeremy Corbyn is expected to say :

“A new public service delivering the fastest broadband free to everyone is at the heart of Labour’s plans to transform the future of our economy and society.

“The internet has become such a central part of our lives. It opens up opportunities for work, creativity, entertainment and friendship. What was once a luxury is now an essential utility.

“That’s why full-fibre broadband must be a public service, bringing communities together, with equal access, in an inclusive and connected society.

“It’s time to make the very fastest full-fibre broadband free to everybody, in every home in every corner of our country. Making it free and available to all will open up opportunities for everybody, at the cutting edge of social and economic change.

“By creating British Broadband as a public service, we will lead the world in using public investment to transform our country, reduce people’s monthly bills, boost our economy and improve people’s quality of life.”

BT says it will cost £40 billion to roll out full fiber across the country double the Labour estimate.

Its Chief Executive Philip Jansen told the Financial Times that “free broadband for all” might appeal to consumers but would need to be thought through carefully.

The Conservatives called the announcement a “fantasy plan” and said it would cost taxpayers tens of billions. The Tories said the Labour costings had underestimated various elements, and that the initial spend could top £80 billion.

5 Tips To Stay Comfortable At Home During Autumn