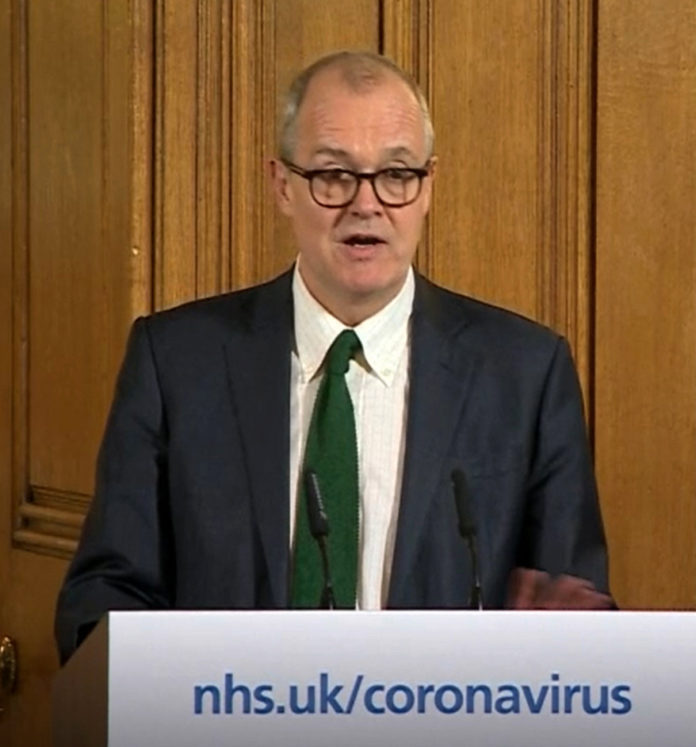 Speaking last night on ITV’s Coronavirus Q and A Vallance said that Public Health England had failed to increase testing as quickly as was needed to control the spread of the virus in its early stages.

He said that it should have been done at sufficient scale not just to test NHS workers but “to look at outbreaks and isolate” as happened so effectively in Germany and South Korea.

“I think the testing at the beginning was at the right level,” Vallance said. “At the beginning, Public Health England got off to a good start in terms of testing to try and make sure they caught people coming in to the country with it. I then think it’s not scaled as fast as it needs to scale — and that’s being done now. But I do think testing is an incredibly important bit of this. It needs to be done at scale, and it needs to be able to be done rapidly enough to look at outbreaks and isolate.”