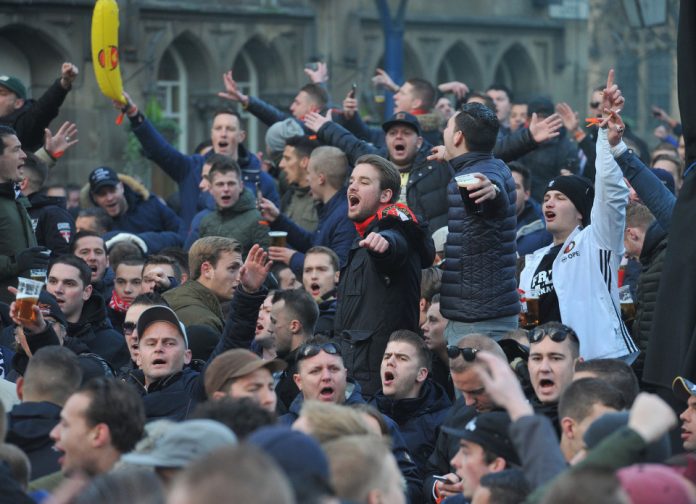 With over three thousand Feyenoord fans expected for their Champions League clash with Manchester City, there are warnings of commuter chaos in the City Centre tonight.

Chief Superintendent John O’Hare, who is Gold Commander for the match said:

“Tuesday will be a very busy evening in and around Manchester City Centre; in addition to the usual rush hour, we have the large crowds enjoying the Christmas Markets, there is a major concert at the Arena and we welcome thousands of Feyenoord fans who will base themselves around Shambles Square, before making their way to the Etihad for the game against Manchester City.

“At around 5pm, it is planned that approximately 3,000 Feyenoord supporters will be escorted to the Etihad Stadium. We are working closely with Manchester City Council, Transport for Greater Manchester and Manchester City Football Club to do everything possible to minimise disruption.

“We ask commuters and motorists to plan their journeys to take into account the exceptional volume of people in the area during this period and thank them in anticipation of their support.

“We are used to managing major events in Manchester and we are confident that we can showcase all that is great about our city and ensure everyone visiting can do so in a safe and enjoyable manner.”

Colder than here at the Kings Arms Salford