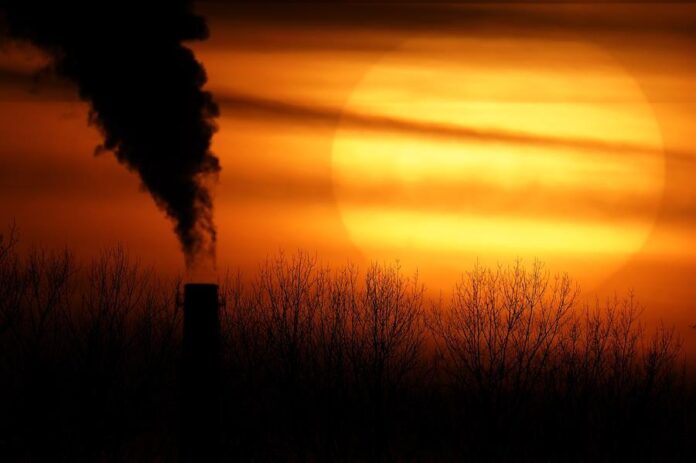 2020 saw the warmest year, winter, and autumn on record for Europe with winter in Europe was more than 3.4 °C above average, and especially warm over northeastern Europe, with an impact on snow cover and sea ice, and on the number of days with a maximum temperature below zero

The Copernicus Climate Change Service releases its annual European State of the Climate report report several episodes of very warm weather occurred in the summer, affecting different regions each month. However, the heatwaves were not as intense, widespread, or long-lived as others of recent years

There was a remarkable transition in parts of northwestern and northeastern Europe from a wet winter to a dry spring, affecting river discharge, soil moisture conditions and vegetation growth while storm Alex brought record rainfall and led to above-average river discharge across much of western Europe, leading to flooding in some regions

Globally, 2020 was one of three warmest years on record, with the last six years being the warmest six on record. The largest above average annual temperatures occurred in northern Siberia and adjacent parts of the Arctic, where temperatures reached 6 °C above average. The equatorial Pacific had below average temperatures associated with La Niña conditions that emerged in the second half of the year.

In 2020, global concentrations of carbon dioxide (CO2) and methane (CH4) continued to increase. Preliminary estimates from satellite data indicate that concentrations of CO2 have increased by 0.6% during the year and CH4 by nearly 0.8%. The data also show that atmospheric concentrations of greenhouse gases for 2020 were at their highest global annual average in CAMS’ satellite record since 2003. Ground-based measurements are available over a much longer period and show a consistent upward trend, too. Preliminary analysis indicates that CO2 increased at a slightly lower rate than in recent years, while CH4 increased more rapidly than in recent years. It further indicates that these changes are a combination of effects including slight reductions in human-induced emissions during the COVID-19 lockdowns and increased fluxes over land surfaces associated with warm temperatures and affecting sources of CO2 and of CH4.

Additional information about the global climate in 2020 can be found in the World Meteorological Organization (WMO) statement on the State of the Global Climate in 2020.

Carlo Buontempo, Director of the Copernicus Climate Change Service (C3S), comments: “The European State of the Climate 2020 report offers a comprehensive analysis of relevant European climate events, considering multiple contributing climate indicators and putting them into perspective, also within the global context. Analysing the interplay of variables like temperature, sea ice, precipitation, river discharge or soil moisture underlines the importance of monitoring all parts of our climate system, to understand changing climate trends, with traceability back to the original data. It is more important than ever that we use the available information to act, to mitigate and adapt to climate change and accelerate our efforts to reduce future risks.”

Matthias Petschke, European Commission, comments: “Achieving a climate neutral economy requires the full mobilization of society, governments and industry. At the same time, these sectors need the best available information on the forthcoming impacts of climate change. The Green Deal aims at embedding climate neutrality in government policies, and turn the climate challenge into an economic opportunity. The open-access data, tools and products that are provided through the Copernicus Climate Change Service, including the European State of the Climate report, are an important contribution to realising these ambitions.”

In February 2020, a large area of Europe was affected by above-average precipitation resulting from several heavy rainfall events. In northwestern Europe, this was followed by one of the driest springs of the last 40 years, for both soil moisture and rainfall. This wet to dry transition had a notable impact across the continent, leading to a shift from high to low river discharge in parts of northwestern Europe, like the Rhine river basin. For Europe, average river discharge in April and May was at its lowest in records dating back to 1991.

Early October brought storm Alex, the first of the 2020-21 winter storm season. Unusually high rainfall broke one-day records in the UK, northwestern France and in the southern Alps. The French and Italian sides of the Maritime Alps were also affected with daily rainfall reaching more than three times the typical October average in some places. Storm Alex led to above-average river discharge in large parts of western Europe, with devastating floods in some regions.

An exceptional year for the Arctic

For the Arctic as a whole, 2020 was the second warmest year on record with an air surface temperature of 2.2 °C above the 1981-2010 average. While the early part of the year was colder than average over large parts of the Arctic, summer and autumn made up for this with both seasons having the highest temperatures on record.

The high Arctic temperatures in 2020 mainly resulted from an exceptionally warm year in Arctic Siberia. For this region, 2020 was the warmest year on record at 4.3 °C above average, 1.8 °C above the previous record. Sea ice was at record lows for most of the summer and autumn in the adjacent Arctic seas.