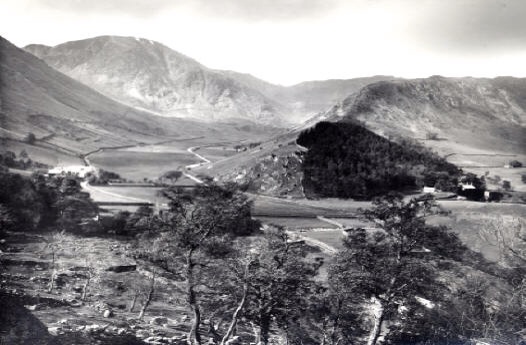 A village in the Lake District that was flooded in the1930’s to provide Manchester and the North West with more water has begun to reappear again.

Mardale disappeared beneath the waves when the Haweswater valley was flooded in 1939.At the time, the building of the dam was considered one of the greatest engineering projects.

Manchester Water Corporation were granted the Haweswater Act in 1919 giving them permission to build the dam and drown one of Lakeland’s Valleys, although the creation of a reservoir in the Haweswater area was first looked at by a Royal Commission in 1866.

Work began in 1929 on construction, however the village of Mardale was in the way and before the dam could be built the villagers were moved out and their homes and other buildings dismantled.

Bodies buried in the graveyard of the village church were exhumed and many were reburied at Shap. Whilst windows and some of the stones from the church were reused in the draw-off tower situated a little way back from the dam wall.

Today around 350 million litres of water are fed to Manchester everyday. The water takes almost 24 hours to travel to Manchester using gravity and a system of pipes and aqueducts.

‘Mardale is still a noble valley. But man works with such clumsy hands! Gone for ever are the quiet wooded bays and shingly shores that nature had fashioned so sweetly in the Haweswater of old; how aggressively ugly is the tidemark of the new Haweswater.’