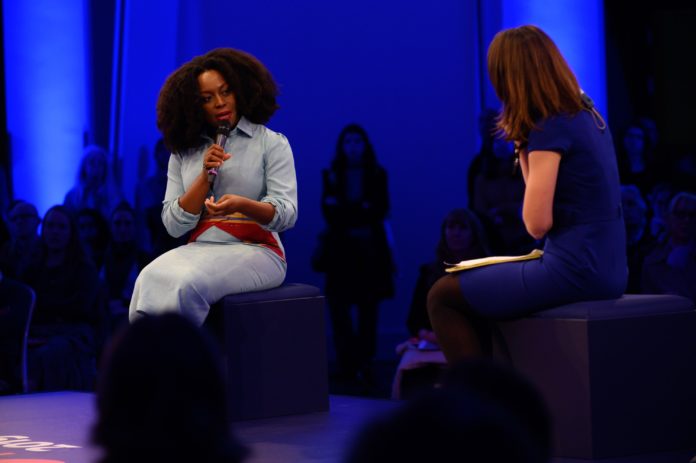 The day-long festival, hosted by the international newsweekly The Economist, was a forum for fresh ideas at a time when these values are under attack from rising populism and authoritarianism around the world.

The annual “ideas summit” at Emirates Old Trafford—with parallel events taking place in Hong Kong and Chicago—saw discussions on topics ranging from Brexit and Britain’s economic future to climate change, the Hong Kong protests, regulating the tech platforms and better inclusion in business and society for people with disabilities.

The MPs Sam Gyimah, Lisa Nandy and Tom Tugendhat debated the state of British politics. Lisa Nandy expressed concern over the rise of populism in political life. “Into this vacuum of leadership have stepped populists on the left and the right and that is the battle that people like me are fighting every single day in my own community, quite simply people don’t feel that representative democracy is legitimate any longer,” she said.

On Brexit, Sam Gyimah explained why he believes the Brexit process was flawed at the outset: “The biggest problem is the referendum talked about leaving but not where we are going—leaving somewhere and going somewhere are not the same thing.”

Tom Tugendhat was critical of the current Brexit deal on the table, adding: “I think Theresa May’s deal wasn’t great…I think Boris Johnson’s deal is a bit worse in the sense that it sets up not one border in Ireland but two…that’s a remarkable achievement.”

Britain and the world

Lord Jim O’Neill, a celebrated economist and former Treasury Minister (and proud Mancunian), discussed Britain’s place in a changing world. He said the country should not give in to pressure to take sides between America and China, arguing: “If we’re going to be an outward-looking place…we have got to stand up to doing what we think is right for our standards and not those of the US or anybody else.”

Lord O’Neill, who is chairman of foreign-affairs think-tank Chatham House, also argued that the American attitude towards China’s growth was flawed: “I’m in the camp that think the US is nuts. It’s very politically popular to blame China for issues in the US… and the idea that the US will do whatever it takes to stop China becoming bigger than it is basically stupid.”

He also suggested that had the “Northern Powerhouse”, a plan to revitalise the north of England, been started ten years earlier, it might have changed Britain’s decision to leave the European Union. “The day after the referendum, I emailed the then-Chancellor to say…that if someone started the Northern Powerhouse idea a decade earlier and been really serious about it, maybe we would have had a different [referendum] result.”

The Somali-British social activist Nimco Ali, and Richard Ratcliffe, the husband of Nazanin Zaghari-Ratcliffe, the British-Iranian charity-worker arbitrarily imprisoned in Iran, spoke over a live video connection to activists in Hong Kong to discuss how their activities can shape the political agenda.

In Hong Kong, Joshua Wong, a 22-year-old pro-democracy activist and politician who has been imprisoned for his activities, spoke of the need for the international community to support the protesters’ cause. “Supporting Hong Kong’s democratisation is not a matter of right or left; it’s just a matter of right or wrong,” he said.

On the issue of rallying support around her campaign against female genital mutilation (FGM), Nimco Ali explained: “Hope sells a lot more than horror. That was a fundamental thing that I chose, I didn’t say I was a victim of FGM, I said I was a survivor.”

Richard Ratcliffe offered a message of hope for those fighting against the odds. “The most important thing is to keep that hope—that the world can be different, the world should be different, and by God will I make it.”

Chimamanda Ngozi Adichie, the award-winning Nigerian author, enthralled the audience with tales of her childhood in Nigeria and subsequent move to America, touching on sensitive topics of race and feminism.

The author of the bestselling book “We Should All Be Feminists” explained that equality was the principle. “The goal of feminism should be to make itself redundant,” she told the audience.

Ngozi Adichie, who has been one of TIME Magazine’s 100 Most Influential People in the World and named one of the World’s 50 Greatest Leaders by Fortune magazine, was scathing on the issue of “sensitivity screening”, the process whereby editors scrutinise writings to spot material that might be offensive to certain groups.

“Sensitivity-screening is an absolute disaster for storytelling,” she said. “The only thing that one should focus on is truth.”

Disability inclusion
Caroline Casey, who campaigns for tapping the potential of the disabled in business and society, stressed that companies need to do more not out of altruism but because it makes good business sense. “Inclusion is the responsibility of leaders. Leaders make choices, choices create cultures.” She also left the audience on an optimistic note, noting: “We have the greatest chance in the world if we make space for us all. We should be creating a culture and a world where we can all be who we need to be, and never hide.”

In an on-stage interview on climate change, Dr Hoesung Lee, the Chairman of the Intergovernmental Panel on Climate Change (IPCC), called for the introduction of carbon info-labels on everyday products for consumers. “If I had information on carbon consumption as I now have information on calorie consumption, I can make informed decisions,” he noted.

Use loss of taste and smell as key screening tool for COVID-19, researchers urge

First flight from Manchester to China takes off