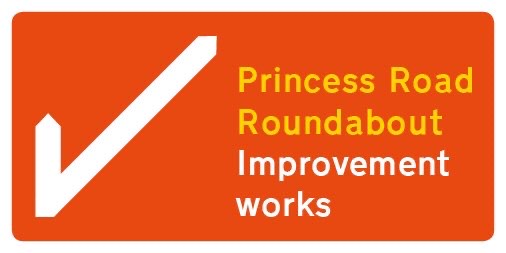 The Princess Road / Medlock Street roundabout beneath the Mancunian Way is to be replaced by two new link roads, with new and improved crossings for people on bikes and on foot, to create a safer environment while improving traffic flow to reduce congestion.

The controversial scheme hit the headlines in the summer when local residents on the nearby Bentley House estate in known as the Redbricks, said they had no idea the roadworks were happening until signs notifying them of work beginning were put up and it appeared that Rockdove Gardens, a small green area separating the estate from the traffic looked set to be destroyed.

Events were then held with local residents to gather comments on the improvement works and the council has taken this feedback on board while finalising the scheme’s design.

The scheme has been designed to ensure that the area of green space is retained with extra green space adjacent to the gardens also set to be provided.

The council will work with local residents on the landscaping of this new green space, while a landscape architect is also being tasked with including new “green screening” for residents, to further enhance the local environment.

In response to concerns about potential disruption, changes have been made to ensure that 80 per cent of the work will take place within the existing roundabout, minimising its impact on local people say the council.

A statement from the Redbricks Group issued on Saturday said:

“We’re glad Rockdove Gardens will be saved but we’re still appauled by the car centric redevelopment which will cut down many other old trees, especially those providing a barrier for our neighbours.We need redevelopments tackling the climate crisis not shortening drivers commutes”

The main work is due to commence on Tuesday 8 October after some initial works on Monday 7 October to secure the site, with the existing subways being closed off and signed diversions put in place.

Traffic management will be required for this early work from Tuesday, with the inner lane of the roundabout and one lane on the approach from Princess Road being closed during off-peak hours, from 9:30am – 3:30pm on weekdays

Screening for ovarian cancer did not reduce deaths