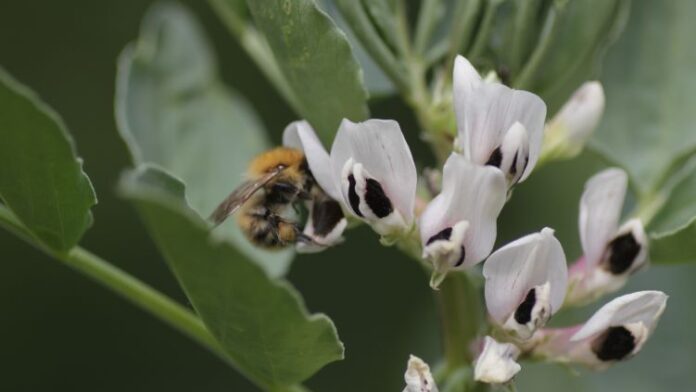 Interactions between multiple agrochemicals, such as pesticides and herbicides, are having a greater impact on bee mortality than expected, say scientists.

The analysis of 90 previous studies shows that when bees are exposed to multiple agrochemicals there is an increased likelihood of bee mortality. Underestimations of the effect of the multiple environmental stressors associated with agriculture could mean that bees are not protected by current regulatory processes.

Dr Emily Bailes, from the University of Sheffield and joint lead author of the study, said: “We all know that bee populations are under pressure, thought to be driven by multiple stressors like pesticides or lack of food. However, when you have two stressors together, they don’t necessarily have the effect you are expecting by ‘adding together’ their individual impacts.

“We found that when bees were exposed to multiple agrochemicals, like pesticides or herbicides, they generally acted in a way which caused more damage than would be expected from assessing each pesticide individually. This is important because when pesticides are tested for their environmental impact they are usually tested as the only stress that bees are experiencing, rather than as one of multiple stressors that bees experience in nature.”

Declining bee populations are a threat to food security and wild ecosystems worldwide. Although many factors, such as agrochemicals, parasites and nutritional stressors, have been identified for their respective contributions to this decline, studies investigating the interactions between them have previously produced mixed, inconclusive results.

The research, published in Nature, is the first large study to analyse results from 90 studies and over 300 different estimates of interactions between agrochemicals, parasites and nutritional stressors on bee health.

When this analysis was broken down by type of stressor, there was strong evidence to suggest that, in general, there are synergistic interactions between agrochemicals (at quantities reported in treated crops) on bee mortality.

£33 million-That’s the annual value of Greater Manchester’s trees to the economy and 1...

Nations sign up to end global scourge of plastic pollution