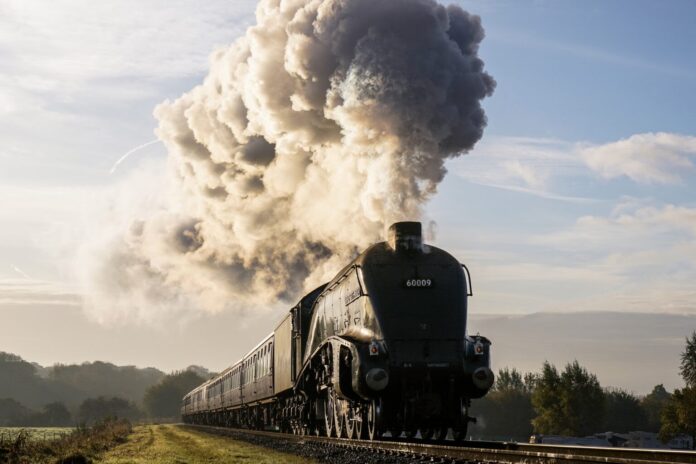 As we approach spooky season and the much anticipated half-term in October, East Lancashire Railway has a wide range of events, catering for the entertainment of little ones and adults alike.

Families can kick off October with a magical day out with Thomas – the last one of the year, and end it on the famous ghost train, full of scary creatures but also some friendly ghosts. Train enthusiasts, on the other hand, can join the dedicated volunteers at ELR at a variety of iconic steam events, including The Steam Gala and some of the final journey’s before bidding farewell to the famous Union of South Africa. And let’s not forget, tickets for the Santa Specials are also on sale now – get them quick!

Off the tracks, the ELR is also giving visitors the opportunity to soak in the old school charm of their collection of beautifully restored traction engines, tractors and Scammell lorries. The vehicles, housed at Bury Transport Museum, include a 43090 Conchita, built in 1905, 46276 Pearl, built in 1906 and 71396 Doris, a mean, green machine built in 1919. Entry into the museum is free, and time slots can be booked in advance.

The collection is open on October 10th, 17th and 24th October.

Visitors still have a chance to say a final farewell to the 60009 “Union of South Africa” in October, before the locomotive heads into retirement. Built at Doncaster Works in 1937, and originally numbered 4488, the steam train was named in honour of the then newly formed Union of South Africa. ELR will make sure the event will be a magnificent finale to a fantastic career, after more than 80 years in service.

Join the East Lancashire Railway for the last big steam event of the year, celebrating magnificent steam locomotives of the heritage railway’s home fleet. The event will also be one of the last opportunities for train enthusiasts to ride behind A4 60009 ‘Union of South Africa’ before it goes into retirement.

Taking place on 15th, 16th and 17th October, visitors can choose a one, two or three-day rover ticket and ride as often as they like.

It’s trick or treat time at ELR! If you have what it takes to ride a haunted steam engine, join our horrible heroes, Count Brian the vampire, Veronica the witch and Zombie Bob, for the trainride of a lifetime! They will help you avoid terrible curses and scary surprises along the way, while out Ghoulish Ghosts sing some spine-chilling songs to you, create magic spells and trick you into joining in the fun and the scares with them.

The ghost trains run on 28th, 29th and 30th October – fancy dress is encouraged – the scarier, the better!

Fright Night at the Museum

The Bury Transport Museum is taken over for a scary ghost tour, a first for ELR! This one is not for the faint-hearted – so if you’re brave enough, come down for an evening full of lamp-lit walks through the dark museum, with spine-chilling tales of ghosts, witches, evil beasts and all sorts of creatures from the other side.

Fright at the Museum lasts approximately an hour and will run on 28th, 29th and 30th October and is suitable for children 12yo or older.

A cherished family favourite that stretches back over three decades, for many, Christmas just wouldn’t be Christmas without a ride on the ELR’s iconic Santa Specials. After it was sadly cancelled in 2020 as a result of the pandemic, the event this year promises to be even more magical than ever. Children, parents and grandparents alike can take an enchanting stream train trip through a winter wonderland, complete with a brass band, a magician, Santa’s happy helpers – and Father Christmas himself. It truly is an event not to be missed.

Get down to Hatch 12 reasons to head to Manchester’s thriving new pop-up destination...