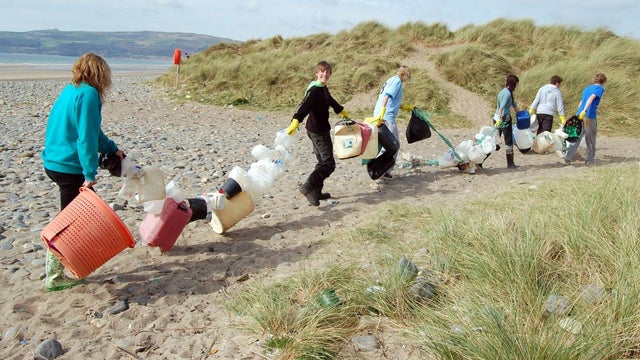 A council bin travelled 70 miles along the River Nene to Blakeney Point, a peaceful coastal spot known for its population of grey seals. And a cargo lost at sea in 1994 means that thousands of pieces of nautical-themed Lego have been arriving on beaches ever since.

The National Trust has issued a list of the most unusual items washed up on our coastline.Other items include sonar equipment from Texas and oil covered Digestive Biscuits

Phil Dyke, Coastal Specialist at the National Trust, said: ‘As weird and wonderful as these items are, they tell a more serious story about the permanent nature of plastic, and the constant deluge of marine waste and litter arriving on our shores.’

Waste in the ocean continues to blight UK beaches despite growing public awareness of issues such as single-use plastics, the charity said.

The National Trust is calling on people to take part in beach or river cleans as part of a campaign to encourage the tackling of pollution and to help the environment.