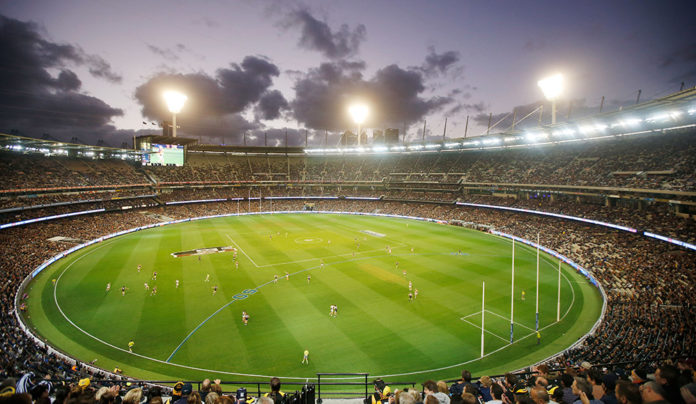 University Campus of Football Business (UCFB), which has UK campuses in London and Manchester with Wembley and Etihad stadiums at their heart, has announced plans to give students and graduates the chance to study at some of the most iconic stadiums in world sport.

New York Metro’s Red Bull Arena, Atlanta’s brand new Mercedes-Benz Stadium, Toronto FC’s BMO Field and the Melbourne Cricket Ground (MCG) will host the brand new UCFB Global Study Hubs, enabling students and graduates to further enhance their knowledge and expertise of the international sports industry as well as learn from professionals working at some of the biggest organisations in the sector.

Every UCFB student, as well as alumni of its football and sport degree programmes, will have the opportunity to travel to and experience UCFB’s new Global Study Hubs.

Beginning in the 2019/20 academic year, each stadium will host a week-long global summit with seminars, guest lectures and networking opportunities allowing attendees to explore the inner workings of the leading sports organisations in international markets.

Each city and sports partner has been carefully selected by UCFB as a leader in its field.

The Red Bull Arena partnership will allow students to learn from the most innovative brand in 21st century sport; Atlanta’s Mercedes-Benz Stadium is the most spectacular and technologically advanced arena in the world; Toronto FC and its owners, Maple Leaf Sports & Entertainment (MLSE), run the world’s leading multi-sport franchise group; and the MCG is the largest and most iconic stadium in the southern hemisphere, sitting at the heart of the world’s greatest sporting precinct.

“We are thrilled that UCFB students and graduates will soon be able to experience some of the greatest arenas and organisations in world sport, not to mention have the opportunity to learn from the incredible professionals running them.”

UCFB’s Global Study Hubs have been eight years in the making.

After UCFB introduced itself to the world with its first campus at Burnley FC’s Turf Moor, further campuses were opened at Wembley Stadium, London, in 2014 and Etihad Campus, Manchester, in 2016.

Brendan added: “I’ve previously stated that my vision for UCFB is to become the ‘Harvard of Sport’, and I believe this new and exciting opportunity for students, on top of what is available to them already, moves us further towards that position.

“Innovation and opportunity is part of the UCFB DNA, and these Global Study Hubs really deliver that.”

Over 90% of UCFB graduates are in employment within six months of graduating with almost two thirds working in sport.

UCFB was recently ranked as the best higher education institution in the UK for employment prospects at the University Compare Annual Student Experience Awards 2017, based on 10,000 graduate reviews from around the country.