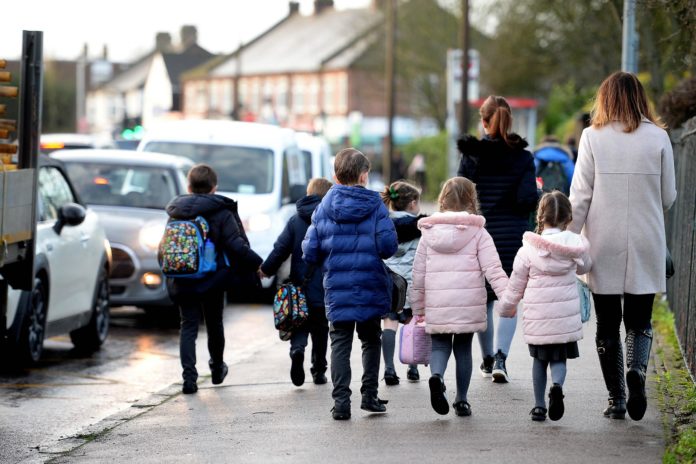 In many measures of children’s health and wellbeing, progress has stalled, or is in reverse, something rarely seen in high income countries according to a report out today.

The report by the Royal College of Paediatrics and Child Health health found that outcomes are worse for children who live in deprived areas.

Inequalities in some outcomes have widened since the last State of Child Health report in 2017. Progress has also been seriously affected by deep cuts to local authority budgets – used to finance public health initiatives and community services.

The authors highlight that, even where there have been notable improvements in children’s health, the UK is often lagging far behind other countries. For example, although there has been a fall in the number of emergency asthma admission rates across all four nations, the UK still has one of the highest mortality rates in Europe for children and young people with asthma.

Dr Ronny Cheung, Clinical Lead for RCPCH and co-author of the report, said:

Two weeks ago, the Marmot Review presented a stark picture about life expectancy in England. Now, our own report shows troubling signs for children and young people across the UK.

The harsh reality is that, in terms of health and wellbeing, children born in the UK are often worse off than those born in other comparably wealthy countries. This is especially true if the child is from a less well-off background.

Infant mortality is a globally-recognised sign of how well a country is looking after the health of its citizens. Throughout the world, the number of babies dying in their first year has been steadily falling for decades, as incomes rise and mothers and children receive better healthcare. Yet UK infant mortality rates have stalled, and in England they actually got worse between 2016 and 2017. For a high-income nation such as ours that should be a major wake up call.

Among its findings The UK is fifth from bottom among 27 European countries for infant (under one year of age) mortality.

We’ve got a lot of work ahead of us if we’re to get a grip on the state of child health in the UK. This report is the only one of its kind to zoom out and look at the full picture and it’s not a pretty sight. On many vital measures we risk lagging behind other European countries.

There some positive signs – teenage pregnancies have fallen hugely, Scotland is leading the way on reducing youth violence, and we’ve made huge strides in the treatment of conditions like diabetes. These outcomes are invariably the result of good policy, political commitment, and proper funding.

In many areas of healthcare, we’ve led the rest of the world. But we’re in danger of failing a generation if we don’t turn this situation around. The government has made welcome commitments on childhood obesity and young people’s mental health but we need to see delivery in these and other areas. We have the evidence, the experience and the expertise to make real progress in the life of this government. It’s now time to deliver for children and young people.

Rayner-“This is yet another shambles from a Conservative Government that doesn’t have a clue.”