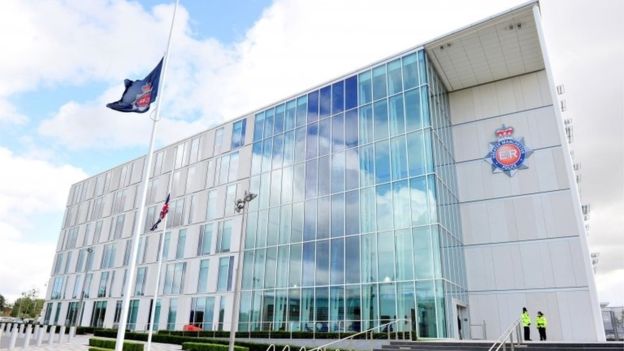 A report by the Police Inspectorate has found that the implementation of Greater Manchester Police’s new IT System potentially left hundreds of vulnerable people at risk and led to a huge backlog in dealing with crime.

In 2019, GMP simultaneously replaced three ICT systems critical to how the force functions.

The first was the command and control system which logs calls from members of the public and tracks the deployment of officers.

The second and third were record management systems, containing intelligence, criminal investigations, custody records and files for court cases. iOPS also introduced systems to improve the use of mobile technology and demand management data. All forces need these capabilities to function.

All three legacy systems were old and GMP identified risks both to the force and the public should the systems fail. The force also recognised that it needed to invest in ICT to equip it for modern-day policing and to provide its workforce with the tools to police in an efficient and effective way.

The report found that during the implementation of iOPS, difficulties meant the system didn’t work as effectively and efficiently as intended. The new systems also required staff to adopt new working practices. This combination of systems’ failure and unfamiliar processes substantially reduced organisational and individual productivity.

Referrals to Greater Manchester Victims’ Services reduced by 87 percent.MARAC referrals for high-risk domestic abuse victims reduced by 50 percent. As part
of Operation Alban and to better understand its demand, GMP conducted an internal audit which demonstrated that in one area, between 12–31 July 2019, only 28 percent
of child protection incidents were referred to children’s social care.

The report states that the time the force took to answer emergency 999 calls increased from 12 seconds to 48 seconds. At the time of the inspection, the average time to answer a 999 call had improved to 22 seconds. It says however, “this still fails to meet the national target.”

Inspectors also found that the force’s plan to support its officers and staff and build their confidence in iOPS was not sufficiently robust.

“Many of the staff we spoke to still lack confidence in iOPS and the PoliceWorks system. In particular, problems with the system’s speed and functionality, coupled with
issues regarding data quality and the ability to search systems, were major concerns.There were high levels of uncertainty regarding the ‘workarounds’ put in place to
resolve some of these problems.” adding

“officers and staff told us they felt they were being blamed for the backlogs occurring and were not being listened to when they raised concerns. They also told us
that communications from the force and the chief officer team could have been better,both generally and in response to specific issues.”

GMP’s Chief Constable Ian Hopkins said: “GMP’s legacy information system had been subject to many years of negative comment in HMICFRS Inspection from our staff. This was because they were decades old, not sustainable and there was significant risk of catastrophic failure. These systems were creating significant risks for the public and officers alike because of inaccurate data and the risk of catastrophic failure.

“Our new system enables compliance with National IT strategies, GDPR and allows us to significantly improve service delivery to the public through our use of mobile technology and better sharing information with partners.

“iOPS is made up of several systems that link in together including two key products – Police Works and Control Works, developed by Capita, an experienced supplier in the police marketplace. The modern infrastructure and data warehousing has improved our ability to understand in live-time the demand we have in Greater Manchester, and the resources at our disposal through its inter-active iOPS Dashboard – new functionality that GMP has never had before.

“The migration process of information to the new system was a technical success, with over 25 million records successfully migrated from our legacy systems (with a 0% failure rate), and we are working hard to introduce external reporting of the data to partners and the Home Office now the system is live and stable.

“We have worked closely with a number of external agencies in order to mitigate reduced service levels and continue to work with Capita to ensure advancements in the system are maximised and tailored to suit the needs of GMP. Following the launch of ControlWorks GMP saw improved performance with the waiting time for 999 calls to be answered falling and the number of calls answered increasing.

“The new system provides better quality information to officers and managers, and officers are now able to work, more effectively and flexibly in their communities from mobile devices, and it provides a platform for future cutting edge technology applications with the investment in high-specification equipment and software.”

The Mayor and I agreed to commission this review to ensure there was independent oversight of the implementation of iOPS. Having received the final report from the Inspectorate on Thursday 27th February, it is clear that many of the findings within it had already been identified by Greater Manchester Police. The report also acknowledges that issues with the system were caused by a combination of complex issues.

“Nevertheless, the Inspectorate’s report has raised significant issues and I have posed a number of questions that require further answers from the Chief Constable. I am awaiting a response from the Chief Constable but, primarily, I have sought assurance that GMP will leave no stone unturned and do whatever it takes to ensure that no victims are left exposed to risk.”