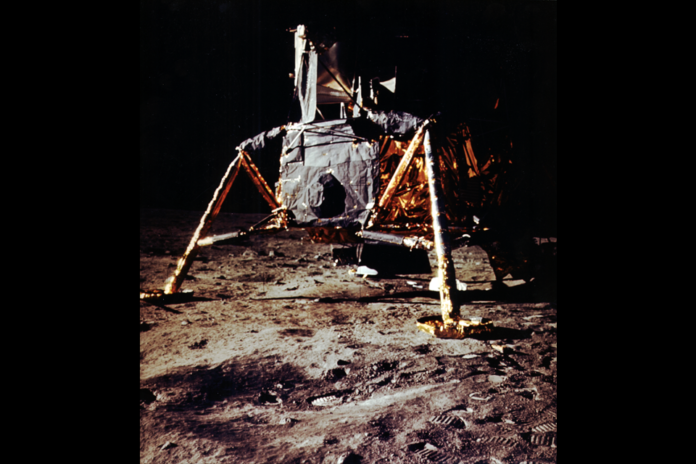 Ahead of this weekend’s full Moon,s campaign asking people across the UK to share their memories of one of the seminal moments of the 20th century – the 1969 Apollo 11 Moon landing – and to tell their stories about how this moment in history has inspired them.

A selection of the submissions to this crowd-sourced history campaign, led by the UK Space Agency and Arts and Humanities Research Council (AHRC) , will be curated and shared with the public on 20 July 2019, marking 50 years since Neil Armstrong and Buzz Aldrin landed on the Moon.

The campaign is intended not only to unearth fascinating first-hand memories but to explore how the Moon landings touched almost every aspect of popular culture, from cinema and art, to literature and music.

For anyone who may not have watched the footage live, there is an opportunity to get involved by sharing their stories about how space exploration has inspired them or led to a career in the sector.

Entries could include a grainy photograph of a family huddled around an early television to watch this iconic moment; a scrapbook of newspaper cuttings from July 1969; or a personal account of how the Moon landing has shaped a work of art or led to a lifelong passion for science fiction.

People will be able to submit their memories and personal stories via moonlandingmemories.comand are being encouraged to share them via social media using the hashtag #MoonMemories.

Memories and stories can be uploaded over the next month, with the submission deadline falling on Tuesday 18th June.

An emotional day for Oldham as Annie comes home