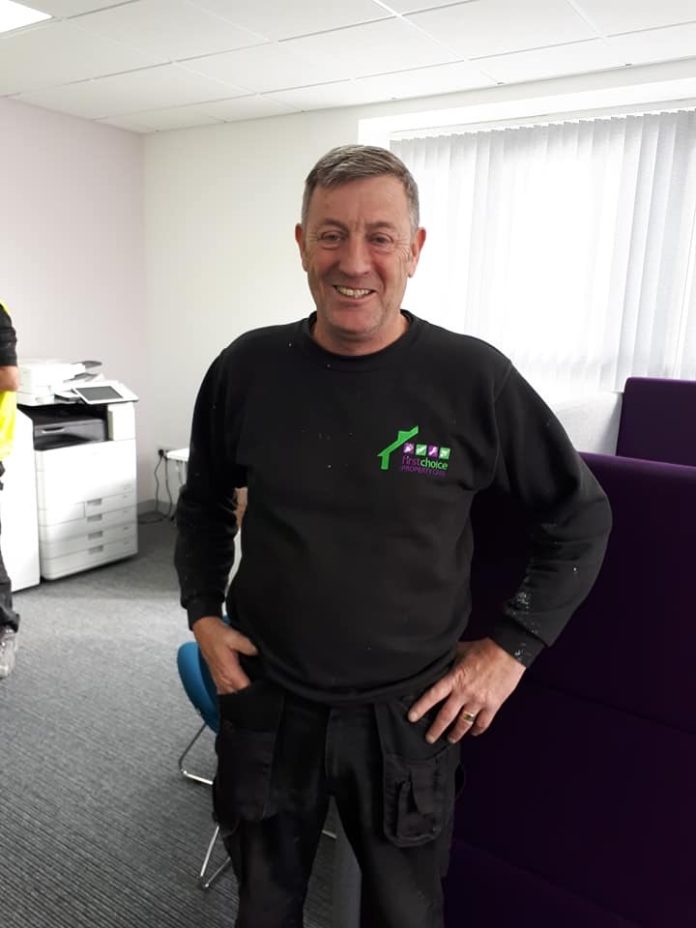 Born and raised in Oldham, Paddy now lives in Watersheddings but grew up in a children’s home and was sent to Werneth Hall Road Boys’ Working Hostel when he was just 16 years old.

He started work on September 12, 1974 at a company which later became part of Oldham Metropolitan Borough Council (OMBC) and from here, transferred to FCHO.

Over his 45-year career, he’s racked up 86,500 hours of service and has worked across many areas of the business, not only in painting and decorating but roofing, flagging, bricklaying and fencing.

Paddy said: “I am going to miss everyone I work with and all the tenants too. I’ve known some of my colleagues since we were teenagers so it will be strange not seeing them every day. I’ll still be meeting up with my old work colleagues though – they can’t get rid of me that easily!”

Pat Godfrey, Responsive Operational Manager, said: “These days, people move jobs more frequently, so coming across someone like Paddy who has worked somewhere for such a long time is a rarity.

“He genuinely cares for our customers and puts their needs at the heart of everything he does. He could attend a challenging job and calm any situation down in a matter of minutes over a cup of tea.

“He is a credit to the organisation and will be very much missed by everyone at FCHO.”

Heidi Thompson, Executive Director of Homes and Investment, said: “45 years’ service is an incredible achievement and Paddy should be very proud of his vast career. I’d like to thank him for his hard work, commitment and dedication to our organisation.”

Paddy now plans to spend his retirement tending to his allotment and enjoying the company of his 11-week-old chocolate Labrador, which his wife Ellen bought as a retirement present.

He has called the new pup Walt, after a tradesman he holds fond memories of and who he declares taught him “everything he knows about the trade”, all those years ago.