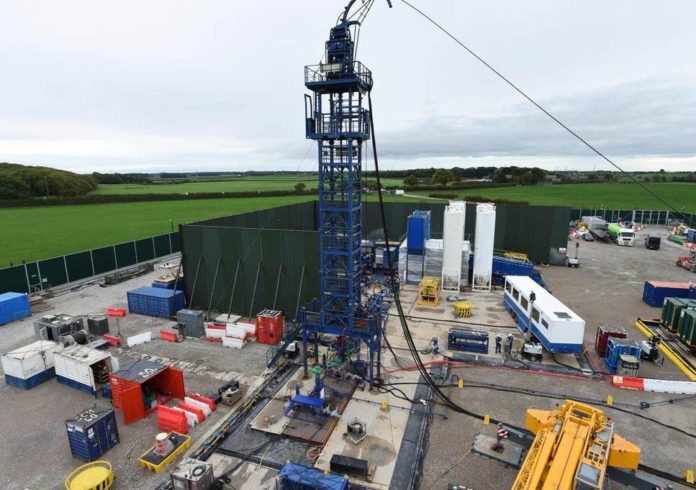 Progress in establishing a shale gas industry in England has been slower than government planned, according to today’s report by the National Audit Office (NAO) with environmental concerns and worries over earthquakes hindering its development

The Department for Business, Energy and Industrial Strategy does not know how much shale gas can be commercially extracted in the UK.

In 2016, Cabinet Office expected up to 20 fracked wells by mid-2020. Three wells have been fracked to date.

The Department has encouraged operators to determine the viability of the industry and introduced measures to support the planning process.
Operators have said the system to protect against the risk of earthquakes is stricter than that used internationally and has hindered their ability to develop the industry.

Operators have said the system to protect against the risk of earthquakes is stricter than that used internationally and has hindered their ability to develop the industry.

The Department does not expect shale gas production to lead to lower energy prices, but believes it could provide greater energy security and have economic benefits. However,says the report, it has not analysed the benefits or costs of supporting the shale gas industry because it thinks this would not be meaningful due to the current uncertainty about how much shale gas can be extracted.

Public support for shale gas development is low and has reduced over time.

Concern has centred on the risks to the environment and public health from greenhouse gas emissions, groundwater pollution and fracking-induced earthquakes, as well as the adequacy of existing regulations.

Government has told the NAO that it is confident the regulatory regime can manage these risks. Regulators have so far focused on the current exploratory stage and mainly rely on a system of statutory self-reporting by the operator, which presents risks.

Should the industry ramp up to full production quickly, the Environment Agency (EA) is confident it can respond at pace.

The Department believes it can meet its climate change objectives while developing shale gas, but it has not yet developed the necessary technology. The Committee on Climate Change states that the development of carbon capture, usage and storage technology (CCUS) is critical to reducing greenhouse gas emissions, because it would provide a way to use fossil fuels, including shale gas, in a low-carbon way.

The Department held two unsuccessful competitions in 2007 and 2012 to develop and implement CCUS. In 2018, it set out its aim to develop the first CCUS facility in the mid-2020s.

Fracking has already placed financial pressures on local bodies, including local authorities and police forces, and other costs have been borne by a range of government departments and regulators. The full costs of supporting fracking to date are not known by the Department, but the NAO estimates that at least £32.7 million has been spent by public bodies since 2011. This includes £13.4 million spent by three local police forces on maintaining the security around shale gas sites to date.

Rebecca Long Bailey MP, Labour’s Shadow Business and Energy Secretary, responding to an NAO report revealing that the government does not know who has ultimate responsibility to pay for the decommissioning of fracking sites, said:

“The Tory-Lib Dem Coalition and now the Tory government have wasted millions pushing an industry that is unpopular across the UK and fiercely opposed locally.

“Fracking threatens air and water quality, and it contributes to the climate crisis. And as this report reveals, the government’s plan for making fracking sites safe after they’ve been used is unclear and untested.

Nearly half UK carbon footprint is from overseas emissions