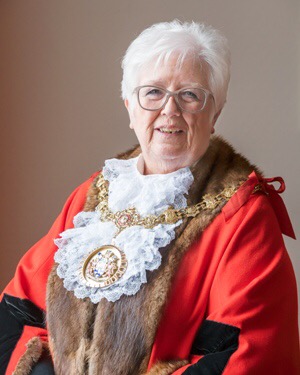 Salford’s Ceremonial Mayor Councillor Karen Garrido is offering a packed programme of events up to Christmas to raise funds for her chosen charities.

She is aiming to raise enough money to refurbish a room next to the Haematology Unit at Salford Royal where patients receive treatment for cancer so children can visit patients and, through Kidneys for Life, to provide fistula bags for kidney patients.
Councillor Garrido has also launched a new charity – The Ceremonial Mayor’s Community Chest which will provide grants of up to £500 to community groups or individuals. It is open to everyone to bid for funds for things which will benefit Salford residents or help individuals achieve a personal goal.
Saturday October 1, 7.30pm

The Rock Hotel, Peel Green Road, Barton
Live Music and entertainment by ‘Freak Out’ and hot buffet.£10 per ticket
Saturday October 15 as part of Salford’s Food and Drink Festival

£50 per ticket or £450 for a table of 10
Tickets for all events are available from michelle.lindsay@salford.gov.uk

28 organisations across Greater Manchester are set to receive a share of £7 million...