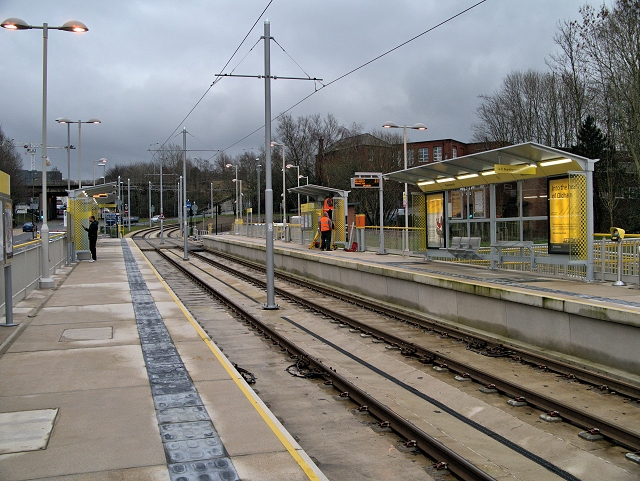 One member of the group became abusive and was detained before the group quickly grew from around 15 to 30 and further disorder broke out.

Two officers sustained minor injuries as they brought the incident under control.

A 16-year-old boy was arrested on suspicion of possession of an offensive weapon, possession with intent to supply a controlled substance, criminal damage, theft and committing a section 5 public order offence. He remains in custody for questioning.

“Thankfully the injuries they sustained are minor so they will make a full recovery but it is still unacceptable that they were injured in the first place.

“We know that anti-social behaviour at this tram stop has been a concern for community members and I want to reiterate our dedication to resolving this issue. The swift response to the initial incident yesterday came as a result of this matter being treated as a priority and I hope that will provide some reassurance to those who regularly use the tram.

“We would continue to urge anyone who sees any incident such as this to please report it. And if you know people who have been involved in anti-social behaviour at tram stops then please come forward.”