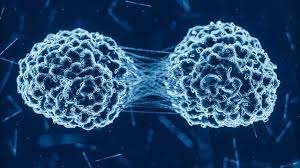 The precision drug ipatasertib alongside the current standard of care abiraterone enabled some men with prostate cancer to live longer before their cancer got worse than those on abiraterone alone.

The drug combination halted the growth of an important group of cancers lacking a functioning PTEN gene – a gene involved in controlling cell growth which is commonly faulty or absent in many prostate cancers.

Cancers that lack the PTEN protein often come to rely on a powerful driver of growth called AKT, and are typically more aggressive than other forms of the disease. The new results from the IPATential150 study, presented at the 2020 European Society for Medical Oncology (ESMO) meeting, could represent a significant advance for men with this form of the disease.

A team at The Institute of Cancer Research, London, and The Royal Marsden NHS Foundation Trust assessed the efficacy and safety of ipatasertib together with abiraterone in men with advanced prostate cancer who had received no prior treatment.

Out of 1,101 men who participated in the study, which was funded by Roche, 521 lacked a fully functioning PTEN gene. Each patient was given steroids as well as either abiraterone and ipatasertib or abiraterone and a dummy pill.

The ipatasertib combination achieved a three-fold increase in complete remissions – meaning no sign of disease was found – and around a 20 per cent increase in partial remissions – meaning the tumour got smaller – in this particularly aggressive type of prostate cancer. While some evidence of benefit was seen in the overall population participating in the trial, with tumours with and without a working PTEN gene, this was less than that seen for prostate cancers lacking PTEN.

However, some advanced prostate cancers can evolve to develop other means to grow and spread when they are treated with androgen blockers. In these cases, cancer growth is commonly driven by a different set of signals which involves the protein AKT – another key driver of prostate cancer’s growth.

When a functioning PTEN gene is absent in prostate cancer, AKT signalling becomes over-active, causing tumours to become addicted to it, and fuelling their uncontrolled growth. For this reason, men whose prostate cancers lack a working PTEN gene tend to have particularly aggressive cancers which progress quickly.

In the new study, the researchers showed that targeting both androgens and AKT signalling together could cut off cancer’s evolutionary escape routes and stop the growth of aggressive cancers.

Initial data on the drug combination’s effect on extending survival without the disease worsening are promising, although overall survival data will require further follow-up.

The ipatasertib plus abiraterone combination had more side effects than abiraterone on its own, including diarrhoea and skin rashes. However, research indicates that these can be minimised with antihistamines and anti-diarrhoea tablets.

“Targeting hormonal signals with drugs like abiraterone is highly effective in prostate cancer, but we know that tumours can eventually evade the effects of treatment by becoming reliant on other growth signals. Our new trial shows that we can treat some men with aggressive cancers even more effectively if we block both growth signals at once by combining abiraterone with a new precision medicine, ipatasertib.

“We found that the new combination treatment could extend the time before the cancer progressed in men whose tumours lacked a functioning PTEN gene. PTEN is one of the most commonly deleted genes in prostate cancer, and as a result men often have a particularly poor prognosis, so it is great news that this study could open up a new precision medicine approach for these patients.”

“We are in the middle of a revolution in our treatment of prostate cancer, with men with the disease now starting to have access to a range of targeted treatments, some of which are tailored for men with particular genetic subtypes.

“This new study shows how a combination of two targeted treatments can cut off cancer’s evolutionary escape routes and keep men with a group of particularly aggressive tumours healthy for longer. It’s a great example of the research we are doing at the ICR to combat cancer evolution and drug resistance – which together represent the biggest challenge we face in improving treatment.”

Government achieves goal of vaccinating all over 50’s, the venerable and health and social...