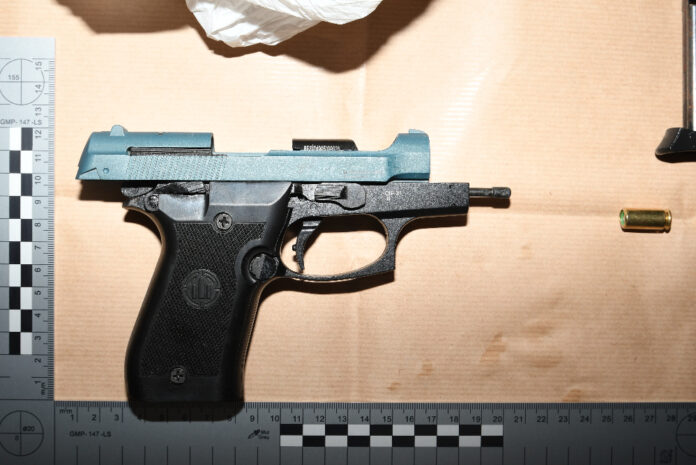 A man, aged 29, and a woman, aged 26, were arrested at the property In Bury on suspicion of possession of a firearm and ammunition without a certificate.

A property Stephen Street was searched and police located a prohibited firearm and two rounds of ammunition.

The action forms part of Operation Challenger, a dedicated operation into tackling serious organised crime across the Greater Manchester districts.

Both have since been released on bail pending further enquiries.

Detective Sergeant Graham Whittaker, of GMP’s Bury division, said: “One of our main priorities is to ensure the public is safe from harm and, thankfully, the hard work put in by officers throughout this operation has resulted in us being able to remove another lethal weapon off our streets.

“Firearms have the power to cause serious damage. They have no place in our society and we are dedicated to getting them off our streets.

Man arrested on suspected murder after 36 year old killed by axe attacker in...