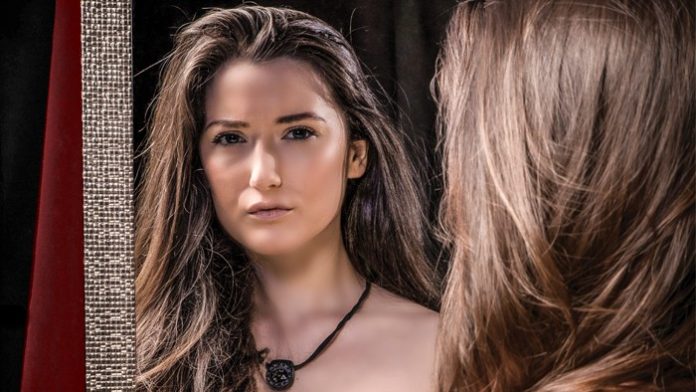 Two of the region’s most exciting fringe theatre productions come to Oldham Coliseum Theatre’s historic stage in a double bill as part of the theatre’s Main House Takeover.

The Coliseum’s Main House Takeover offers audiences a taste of what they can expect from the flexible 170 seat Studio Theatre in the new Coliseum on Union Street in 2020, by putting shows that would usually be seen in the current Studio Theatre onto the Main Stage.

Chris Lawson, the Coliseum’s Associate Director, commented: “The Main House Takeover provides further support to companies making fresh and interesting work in the North West, giving their shows a bigger platform and wider reach. This is also an insight into the new work that you can expect to see championed in Oldham in the new Coliseum, as shows in the Main House and our new larger Studio Theatre will complement each other.”

Winner of Best New Play at this year’s Manchester Theatre Awards and Best Spoken Word Show at the Greater Manchester Fringe Awards 2017, Narcissist in the Mirror is a dark comedy about life, ambition and millennial expectation.

Written and performed by Rosie Fleeshman, the show debuted in April 2017 at 53Two in Manchester city centre and has played to back-to-back sell-out audiences and received widespread critical acclaim. This summer Narcissist in the Mirror enjoyed a hit one-month run at the Edinburgh Fringe Festival.

Narcissist is a love addict, a starving artist and a lost soul searching for self-worth. Laced with acerbic wit, punchy dialogue and intricate spoken word, Narcissist in the Mirror is an honest account of self-exploration, as rip-roaring as it is poignant.

Rosie is a part of Manchester’s First Family of Theatre; her mother, Sue Jenkins, father, David Fleeshman, and sister, Emily, are well known for television and theatre roles and her brother, Richard, is a star of musical theatre with leading roles in Ghost: The Musical, Legally Blonde, Guys and Dolls, and most recently, Sting’s The Last Ship.

Rosie commented: “My dad has been taking me to see shows at the Coliseum since I was a kid so it will be really special to get to perform Narcissist on the Main Stage for a night. I’m looking forward to seeing what the wonderful people of Oldham make of it.”

POP won the Coliseum’s Pick of the Fringe award at this year’s Greater Manchester Fringe Festival. The theatre’s staff attended this year’s festival with a view to selecting a show to showcase at the Coliseum on the Main Stage alongside Narcissist in the Mirror.

Abbi and Beth want to be Kate and Naomi, walking the fashion week in Paris or partying with Britpop stars in London. Instead, they’re stuck in a small northern town, incarcerated to pre-fab science labs and cold wet playgrounds. Teenage friendship is tested and the bonds of loyalty severed in an audacious theatrical presentation, mixing music and fashion in a funny and tender new play.

Taking place over a decade, taking in London and New York, POP’s narrative moves at breakneck speed to a soundtrack of Britpop and Indie music: Blur, Oasis, The Killers and more.

Sade Malone commented: “We didn’t expect to win Oldham Coliseum’s ‘Pick of the Fringe’ Award at the Greater Manchester Fringe, it was such a surprise! It’s a fantastic opportunity to be performing alongside Rosie Fleeshman in a double bill on the Main Stage. We can’t wait!”

Martha Godber added: “I’m really looking forward to performing at Oldham; the Pick of the Fringe Award gives young Northern actors like ourselves a chance to develop our play and perform it on the Main Stage. It’s vitally important to support new work from the North; that’s exactly what Oldham are doing.”

Martha Godber is the daughter of one of Britain’s most performed playwrights and former Artistic Director of Hull Truck Theatre, John Godber. Her credits include RIGHT (Old Vic Theatre, London) and The Empty Nester’s Club (John Godber Company). Sade Malone played Agnes Addo on CBBC’s 4 O’Clock Club for four series until 2014. She won the BAFTA scholarship in 2017.

Echo and the Bunnymen announce new album and tour with a visit to Manchester’s...