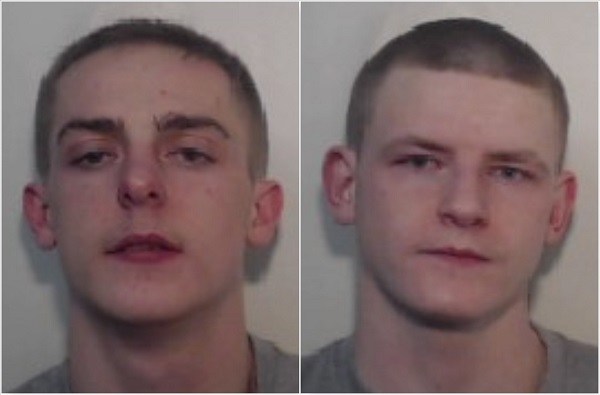 Two men have been jailed after they mowed down a motorcyclist in Burnage in January of this year.

The court was told how a 20-year-old man was riding his yellow Suzuki motorbike down Parrs Wood Road.As he reached the junction of Heyscroft Road the man started to slow his bike down, at which point Lomas’ red Citroen closed in on the biker. Lomas then purposely drove his car at the Suzuki, throwing the man off his bike, before running over the rider.

Lomas and Gervis approached the man on the ground, but after realising he wasn’t the person they intended to hit, they dragged him onto the pavement and then ran from the scene.

The man was abandoned with two broken hips and a number of other broken bones. He was taken to hospital for treatment and later that evening, Lomas and Gervis were arrested.

Detective Constable Steve Lowton of GMP’s City of Manchester Division, said: “Lomas and Gervis mowed this man down, and the footage we’ve released shows how brutal this assault really was.

“I cannot imagine how this man must have felt to be thrown from his bike, before being run over and abandoned on the pavement.

“These men were clearly out to cause harm and did just that, not even having the mercy to call an ambulance.

“I hope it brings him comfort to know that both of these men will be behind bars for the foreseeable future.”