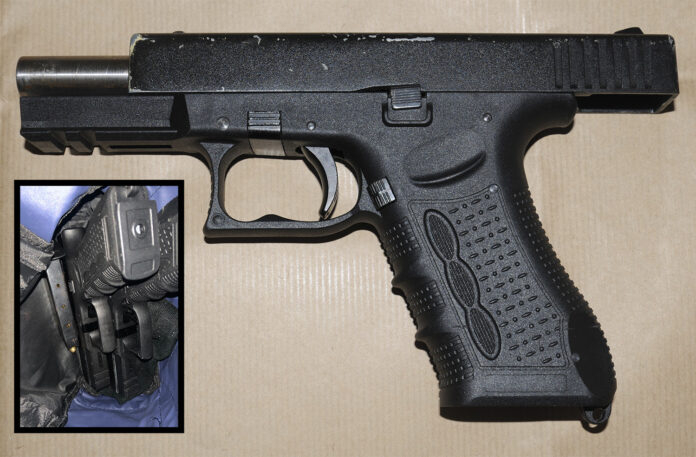 A thirty three year old man has been arrested after two loaded guns were discovered and seized by detectives as part of a crackdown on the use and supply of firearms across Greater Manchester.

Police raided a property on Naval Street in Ancoats, at around 7am this morning

Two loaded firearms and ammunition were found and seized.

The man has been arrested on suspicion of possession of a prohibited weapon. He remains in custody at this time.

Detective Inspector Rick Collins, from GMP’s Serious Crime Division, said: “This is another significant recovery of a lethal weapon on the streets of Greater Manchester and is all part of our continued work to crackdown on the use and supply of firearms.

“This is just one of the many firearms we’ve found and removed from circulation in recent months and our work to catch those responsible for supply and possession of firearms continues. We will bring those responsible to justice.

“This activity is on-going and we will continue to do all that we can to protect the public from the devastating effects of the criminal use of firearms and above all, make the streets of Greater Manchester a safer place.”