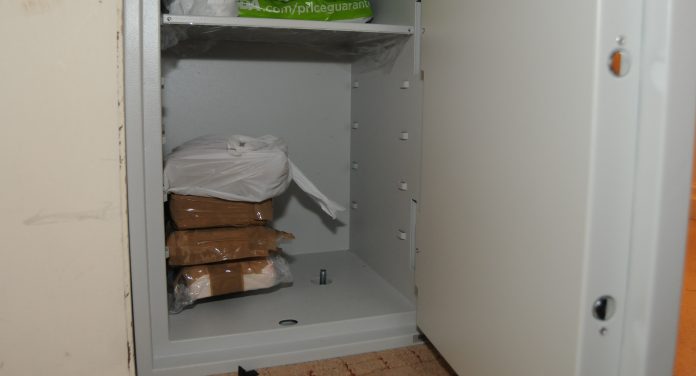 Two men have been jailed after a drugs haul worth nearly £2million in Eccles earlier this year.

James Henderson-Burke aged 29 of 17 Kirtley Avenue, Eccles, pleaded guilty to possession of Class A drugs at an earlier hearing.

He was sentenced to six years and nine months in prison.

Daniel Shailer aged 27 of 32 Maranatha Court, 69 Barton Road, Eccles pleaded guilty to possession of Class A drugs at an earlier hearing. He was sentenced to five years and three months in prison.

Police taird a property on Barton Road in Eccles, as part of an investigation into drug dealing in the area back in February and seized over 5kg of Cocaine with an estimated street value of £1.8million and Henderson-Burke and Shailer were arrested at the scene and later charged.

Detective Constable David Moran of GMP’s Serious Crime Division said: “Drugs ruin communities, and our job is to take as many drugs dealers as possible off the streets, to put an end to the cycle of addiction that wrecks lives.

“This pair were found with a huge amount of cocaine, and I can only imagine where that was intended for. Thanks to the work of the officers at the Serious Crime Division, and the support of the community, we’ve been able to make sure those drugs didn’t end up on the streets.

“If you have any concerns about drug dealing in your area, please get in touch with police and work with us to make your community safer.”