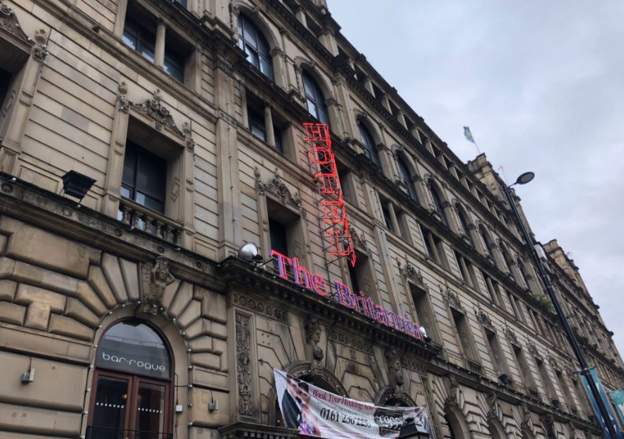 Two men have been found dead this morning at the Britania Hotel in Portland Street in the City Centre.Detectives have launched an investigation after two men died in the city centre.

A man in his twenties fell from the building around 5.30am and police investigating the incident then gained entry to a room in the Britannia hotel and found another man who was sadly pronounced dead at the scene.

His death is being treated as suspicious, and officers are currently working to establish the identity of this man and contact his next of kin.

Detective Chief Inspector, Amber Waywell, of GMP’s Major Incident Team, said: “We are continuing to investigate the circumstances of this incident and a scene remains in place on Silver Street.

“The investigation is still in its early stages but we are not currently looking for anyone else in connection with this incident.

“I would urge anyone with information that could assist our investigation to please get in touch as soon as possible.”