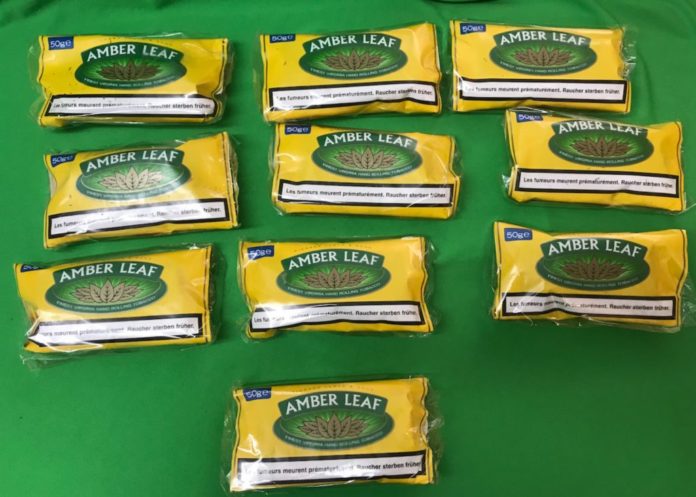 More than 50,000 ‘fake’ cigarettes and hand rolling tobacco worth more than £27,000 has been recovered from Salford shops.

The crack down involved Salford City Council trading standards officers visiting up to 10 shops a day over the course of a week including the use of sniffer dogs.

It was part of the Making Smoking History initiative across Greater Manchester to create a tobacco-free region, raise awareness of the dangers and penalties involved in selling illegal tobacco and to encourage people to use Crimestoppers to report any traders who have it for sale.

Councillor David Lancaster, lead member for environment and community safety, said: “Most of the shops we visited were complying with the law and having no truck with illicit tobacco.

“Unfortunately a small minority were not – and the items they had for sale have been seized for destruction. They may also face criminal action.

“Selling illicit tobacco not only robs the country of much needed tax revenue but it can easily end up in the hands of young people whose developing lungs are particularly sensitive to the harms tobacco causes. It also encourages adults to carry on smoking when giving up would dramatically improve their health and wealth.”

A habitual thief who targeted the elderly and vulnerable before stealing their money has...